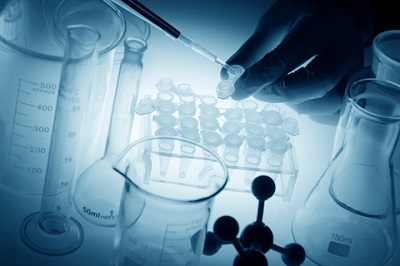 Welcome back to another instalment in our Vaping 101 series, designed to help new vapers get to grips with all things vaping, whether that’s choosing the right e-liquid strength or decoding vaping jargon.

You can catch up on any of our former Vaping 101 posts here:

In this week’s post we’re looking at the four essential research studies all vapers need to know - and while these might be of particular interest to new vapers, we really think they should be on every vaper’s radar.

Unfortunately there’s a lot of misinformation around vaping so when it comes to consuming the news we can’t stress the importance of doing your own independent research. Never just take one source’s word as the gospel truth so make sure you get your vaping news from more than one source and fact check any breaking news before you make up your mind about it.

We cover pertinent vaping stories on our social media channels, our blog and on our newsletter and we’d be delighted if you wanted to follow our Twitter or Facebook, or sign up to our newsletter to stay up to date with vaping news. There are also plenty of other ports of call, including blogs, social media and forums.

Now, let’s take a look at four research studies that changed the landscape of vaping forever:

Written by Riccardo Polosa and published in BMC Medicine, this study compared lung function in vapers and smokers and came to a staggeringly positive conclusion in favour of e-cigarettes:

“Compared to combustible cigarettes, e-vapor products are at least 96% less harmful and may substantially reduce individual risk and population harm… Although large longitudinal studies are warranted to elucidate whether ECs are a less harmful alternative to tobacco cigarettes and whether significant health benefits can be expected in smokers who switch from tobacco to ECs, the emerging evidence that EC use can reverse harm from tobacco smoking should be taken into consideration by regulatory authorities seeking to adopt proportional measures for the e-vapor category.”

Vaping is Not a Gateway

Written by Lynn T. Kozlowski and Kenneth E. Warner, and published in Drug and Alcohol Dependence, this study looked at whether e-cigarettes have the potential to ‘renormalise’ smoking amongst young people.

Additionally, a number of medical experts were asked to weigh in on the issue in a feature published by Science Media Centre. Professor Peter Hajek, Director of the Tobacco Dependence Research Unit and Queen Mary University had the following to say:

“In both the US and the UK, access to e-cigarettes has been accompanied by an unprecedented decline in youth smoking. Access to vaping does not generate an increase in smoking.”

Vaping is 95% Safer Than Smoking

This landmark study reigns supreme as one of the biggest studies into vaping and harm reduction. Published in April 2016 by the Royal College of Physicians, the study was titled ‘Nicotine without smoke: Tobacco harm reduction’ and shared findings on the harm reduction benefits of vaping.

Some of the highlights include:

“The hazard to health arising from long-term vapour inhalation from the e-cigarettes available today is unlikely to exceed 5% of the harm from smoking tobacco.”

“There are concerns that e-cigarettes will increase tobacco smoking by renormalising the act of smoking, acting as a gateway to smoking in young people, and being used for temporary, not permanent, abstinence from smoking.

However, the available evidence to date indicates that e-cigarettes are being used almost exclusively as safer alternatives to smoked tobacco, by confirmed smokers who are trying to reduce harm to themselves or others from smoking, or to quit smoking completely.”

Secondhand Vapour is Not a Concern

Published by Igor Burstyn in BMC Public Health back in 2014, the study was titled: Peering through the mist: systematic review of what the chemistry of contaminants in electronic cigarettes tells us about health risks.

The study concluded that e-cigarette vapour does not contain contaminants that are cause for concern if inhaled by a passerby.

“Current state of knowledge about chemistry of liquids and aerosols associated with electronic cigarettes indicates that there is no evidence that vaping produces inhalable exposures to contaminants of the aerosol that would warrant health concerns by the standards that are used to ensure safety of workplaces.”

There’s a lot of information above to take in but we hope you find some value in these research studies and they answer some of the bigger questions about vaping and harm reduction that you might have. If you have any queries as a result of these research papers then please don’t hesitate to get in touch with our friendly team today.