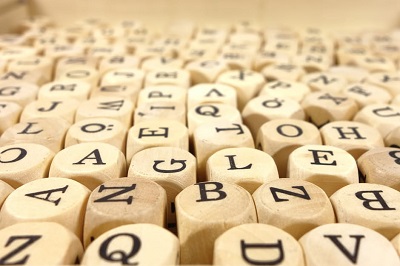 When you first make the switch to vaping one of the most overwhelming things can be getting to grips with all the jargon that seasoned vapers casually throw into conversation. What on earth is a clearomiser? Should you be using a IMR or an Li-Ion battery? What exactly is diacetyl and why is everyone telling you to steer clear of it? Trust us on this one, you really should steer clear of it.

To help take the mystery out of even the most obscure vaping terms, we’ve gathered together sixty five vaping words and phrases and provided simple definitions for each one, so next time you find yourself in a conversation about the merits of box mods versus disposables you’ll know exactly what’s being discussed.

We have a wide range of vape guides and articles that may answer some additional questions.

Advanced Personal Vaporiser (APV) - a vaping device that features elements such as variable wattage and voltage. Also known as a mod

Blanks - Empty cartridges/cartomisers that can be filled with e-liquid

Box mod - a powerful box-shaped vaporiser, originally popular in the US but gaining popularity in the UK

CASAA - a US organisation that campaigns for vapers’rights

Charger - a device to recharge a vaporiser battery

Cigalike - a style of e-cigarette that resembles a traditional cigarette

Diacetyl - a flavouring used in some e-liquids that has the potential to cause lung damage. Vapers are advised to steer clear of any e-liquid that contains diacetyl as an ingredient

Drip/dripping - the process of adding e-liquid into an atomiser

E-cig - an abbreviation of e-cigarette

E-juice - an alternative name for e-liquid

Flooding - when atomisers/tanks are filled with too much e-liquid. Indicated by a gurgling sound during inhalation

Hit - an alternative name for inhalation

High voltage device (HV) - a vaping device that runs above 3.7 volts, the standard voltage for e-cigarettes

Inhale - the process of breathing vapour into the mouth, throat and/or lungs

Joules - the unit of power, relevant to those creating temperature-controlled mods

Li-Ion - an abbreviation of lithium ion batteries, considered the strongest on the market

Mechanical mod - a vaping device devoid of electronics, typically contains a mechanical switch that holds a battery in place

Mg strength - the nicotine strength of an e-liquid

Nicotine - an alkaloid substance found in the tobacco plant, present in both traditional and electronic cigarettes

Nicotine strength - used when discussing the nicotine level of e-liquid. Typically measured in mg or as a %

Passthrough - a device that can be powered by a USB connection

PCC - an abbreviation of portable charging case, a case that allows an e-cigarette to be charged on the go

Pen - a slim style of electronic cigarette, sometimes referred to as a cigalike

Personal vaporiser (PV) - an alternative name for an e-cigarette

Propylene glycol (PG) - one of the main ingredients in e-liquids

Rebuildable atomiser (RBA) - an atomiser that can be rebuilt by the user. Used by some to save on cost.

Smokeless cigarette - an early alternative name for an e-cigarette

Throat hit - the sensation of the vapour hitting the throat

Wick - the element of the vaping device that delivers e-liquid to the coil. Commonly made from silica cord, cotton and fibreglass

We’ve tried to include as many vaping terms and phrases as possible but if you can think of any that are missing from the list please don’t hesitate to let us know on Facebook or Twitter and we’ll be sure to add them.