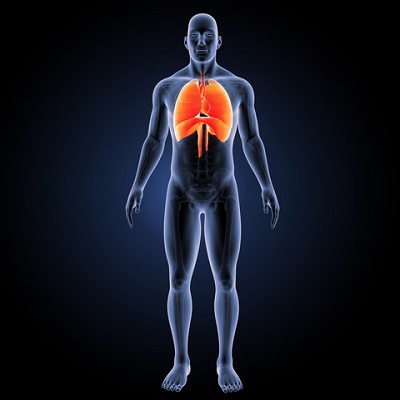 We’re always delighted by the community of passionate vapers who we see on our social media channels and every so often a question crops up in the comments that we know needs a more in depth answer than we can give on Facebook or Twitter. In those cases we like to dedicate a blog post to answering the user’s question in detail, which is what today’s blog post is all about.

Today we’re going to answer a question that’s been asked a couple of times and it’s such a nuanced topic that we knew a blog post would be the most appropriate way to go under the hood and get into the specifics.

We’ve reworded things slightly for clarity but the question we’ve seen crop up a couple of times is:

What is popcorn lung and are vapers at risk?

While we always recommend making medical professionals your first port of call for any questions involving health, we do want to share the information we have at our disposal and help educate as many of you as possible about popcorn lung, what it is, what the risks are, and whether or not this could impact vapers.

What is popcorn lung?

Let’s start with the basics and discuss popcorn lung in more detail, as some readers may not even be aware of what this condition is.

Known formally as bronchiolitis obliterans, popcorn lung is a disease caused by inflammation of the bronchioles in the lungs. This leads to coughing, wheezing, shortness of breath, and exhaustion. Symptoms tend to develop over weeks or months and it is, unfortunately, irreversible. Extreme cases can require a lung transplant.

Popcorn lung can be tricky to diagnose and is sometimes incorrectly labelled as bronchitis, asthma or pneumonia, as many of the symptoms overlap. Chest x-rays, lung capacity tests and lung biopsies are all methods used to diagnose the disease.

Popcorn lung in the news

As you can tell from the breakdown above, popcorn lung is not a disease to be taken lightly. It can have a huge impact on health and quality of life, so we can understand why it gets so fixated on by the media. And fixated on it has been. If you’ve been vaping for any length of time you’ve probably come across at least one article decrying vaping as the leading cause of popcorn lung.

Unfortunately, this is the usual misinformation we see online tabloids and clickbait sites publishing about vaping.

Almost without exception, website publishing horror stories about vaping and popcorn lung are known clickbait websites that use incorrect imagery to promote a story that simply hasn’t happened. The online ‘fake news buster’, Snopes, explored the issue in full and reported back on the facts and misinformation about vaping and popcorn lung. During their research they discovered one of the main images being shared in stories about popcorn lung was from a separate incident that was nothing to do with popcorn lung. It’s frustrating to see sites being allowed to openly share incorrect stories that lead to fear mongering when all that’s needed is education and understanding.

We’re not going to state that it’s impossible to contract popcorn lung if you’re a vaper, but if you do your research, educate yourself and avoid certain e-liquid ingredients you don’t need to be concerned. We’ll leave that here for now but we’ll be going into all of this in more detail towards the end of this post.

There are numerous causes of popcorn lung and we’re not going to delve into all of them today but some of the main causes include:

The only cause we’re going to look at today is toxic fumes, as this is the cause that could be linked to vaping.

Diacetyl is a chemical compound that is used as a flavouring agent. Inhaling diacetyl (or the similar compound, acetyl propionyl) is a common cause of popcorn lung and the main reason vaping has been included in the conversation about this disease.

Diacetyl initially hit headlines when eight people were diagnosed with popcorn lung after working at an American popcorn factory back in the 1990s. Diacetyl was a flavouring used by many microwave popcorn brands, as it gives products a buttery, creamy flavour.

After it was determined that diacetyl could cause popcorn lung it was removed as an ingredient in the majority of microwave popcorn products. However, this same buttery flavouring is still used in certain e-liquids, which is how vaping ended up being included in the debate.

Luckily, health regulations are tightening up across the globe, which means diacetyl is being used in fewer and fewer e-liquids, but there are still some brands who include this harmful flavouring in their products.

Are vapers at risk?

As with all health and safety issues, it’s not as simple as a blanket ‘yes’ or ‘no’. As you can see from the information above, inhaling diacetyl does carry a risk of developing popcorn lung. If you use e-liquids that contain this chemical then we strongly suggest you consider switching to a diacetyl-free e-liquid.

While it’s impossible to truly boil this down to a yes/no argument the advice that has been shared from multiple sources is to avoid e-liquids containing diacetyl to avoid the risk of popcorn lung. Remember that the vaping brand you choose should always be willing to discuss their ingredients and if they’re hesitant to provide you with details of what’s in their e-liquid then our advice is to steer clear.

All of our e-liquids are diacetyl-free, TPD-compliant and our three main ingredients are: nicotine (not present in 0% e-liquids), food grade flavourings (varies from e-liquid to e-liquid) and propylene glycol (a food additive used in everything from cake mixes to asthma inhalers).

There is a lot more to be said about popcorn lung but there’s plenty of information above for you to digest, so we’ll leave it here today. As always, we urge you to do your own independent research about various vaping issues and draw your own conclusions after visiting trusted sources. If you have any concerns about vaping and popcorn lung we do suggest speaking to a medical professional, and if you have any further queries about the topics raised in today’s post our friendly team are on hand to help.