Everything around us seems to have a cause and effect. If you spend your money in one place, you won’t have any left to spend somewhere else. If you don’t study for an exam, you likely won’t perform very well. Yet sometimes we get so wrapped up in our love for vaping, that we forget that it too has side effects. There are real side effects to vaping. Some have already been discussed in this blog, and others haven’t. We’ve accumulated the most important ones for you below.

Allergies come in all shapes and forms. Those of us who suffer from them know how annoying they can be. In this case, it’s not as simple as not eating a particular fruit or taking antihistamines during the springtime. Vaping allergies affect what you do on a daily basis – vape. 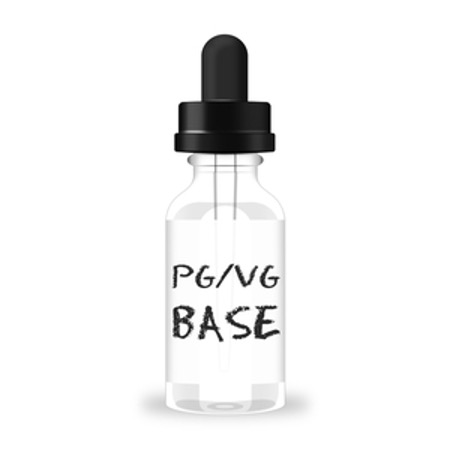 Thankfully, these types of allergies are very rare. We’re basically talking about PG allergies, as they are the only type we know of. PG is one of the major ingredients in the majority of e-liquids. Most modern e-liquids are made up primarily of PG (propylene glycol) and VG (vegetable glycerin). These two combine to carry nicotine and flavourings and create the vapour that you exhale. PG allergies are quite rare, however, there is a larger number of people who have a PG sensitivity. PG allergies can be hard to spot as many symptoms are minor and typically stay that way. The most common symptom of PG sensitivity or allergies is a painful, dry or irritated throat when vaping PG e-liquids. You may also experience sinus problem, nausea, headaches, numbness or itching and hives. If you think you may have a vaping allergy, check out our write up of spotting PG allergies. 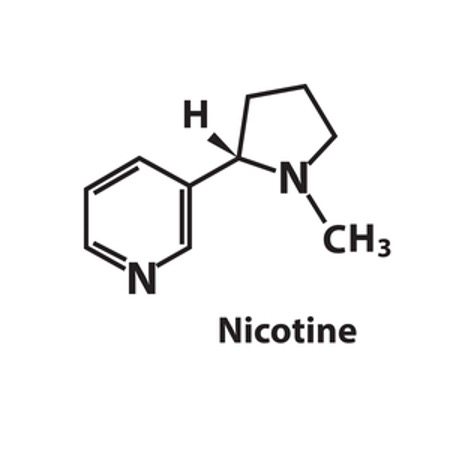 At this point, you are probably very familiar with what nicotine does to your body. If you are a current or former smoker, you understand that your body will learn to crave nicotine. While nicotine on its own isn’t bad for you, if it is delivered to you from cigarette smoke it can be quite harmful.

The side effects of nicotine in vaping are more specific. They aren’t related at all to smoking. Liquid nicotine can provide you with what you need to make the switch to vaping, but you need to know that there can be side effects. If you overdo it with nicotine, you can get dizzy, lightheaded, or even jittery. Make sure you understand nicotine levels in vapour to avoid any such situations. While they aren’t dangerous, they can certainly be uncomfortable. If you find yourself feeling shaky, unwell or lightheaded after vaping, consider decreasing the nicotine concentration in your e-liquid to make sure you aren’t consuming too much nicotine. If in doubt, always err on the side of caution when it comes to nicotine consumption in your vape. 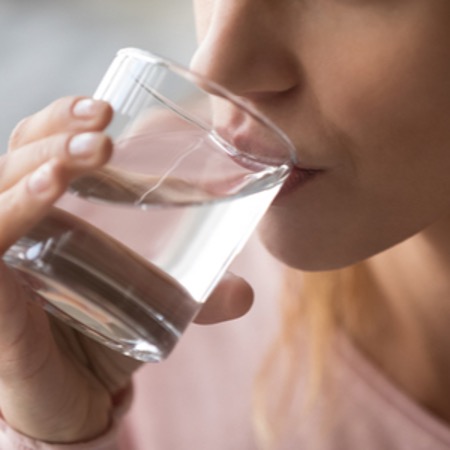 This potential side effect of vaping isn’t talked about very much. Most people don’t associate vaping with dehydration, but there actually is a direct link. Vapour is created by heating e-liquid, and that e-liquid contains Propylene Glycol (PG), Vegetable Glycol (VG), or a combination of both. The problem is that both PG and VG are products that naturally make you dehydrated. They absorb water, and thus a by-product of vaping is that your mouth may become dry.

Even if you don’t notice this, it is happening. Perhaps because you don’t notice it, you’re not paying attention to the fact that you need to hydrate. This isn’t such a big deal as side effects go, but it is something you should be aware of. If you’re vaping, try to replenish your body with liquids soon after.

There are always stories coming up in the news about the health impacts of vaping, as we learn more and more about the way it affects us in the long-term. The field of research around vaping is a relatively new one, and there is a huge amount we don’t know yet. However, we do know that while there are many stories about “popcorn lung”, “exploding vapes” and other mysterious lung diseases, we actually see that almost all of these kinds of stories can be attributed to black-market or unregulated e-liquids and vape devices. E-cigarettes and vapes have, over the last 20 years, been proven time and time again to be very safe when using high-quality, properly regulated vape juice and equipment.

The largest outbreak of vaping-related disease happened primarily in the US, and is known currently as EVALI (E-cigarette or Vaping product use Associated Lung Injury). However, it is believed that these cases were primarily caused by vape device modification by users or the use of black market e-liquids containing THC, or tetrahydrocannabinol - the psychoactive ingredient in marijuana, which is illegal in the majority of US and European states, including the UK. There have been very few cases of lung injury when using high-quality and fully approved vape devices and e-liquids.

Vaping Side Effects for Young People

Particularly in the USA, young people who have never smoked before are taking up vaping. In other territories, like in the UK, the majority of vapers are adults using e-cigarettes as an aid to quit smoking. The main concern when it comes to high numbers of young people vaping is the effect nicotine can have. While there are many nicotine-free e-liquids available, the majority of them do contain some concentration of nicotine. In the US, the brand Juul is 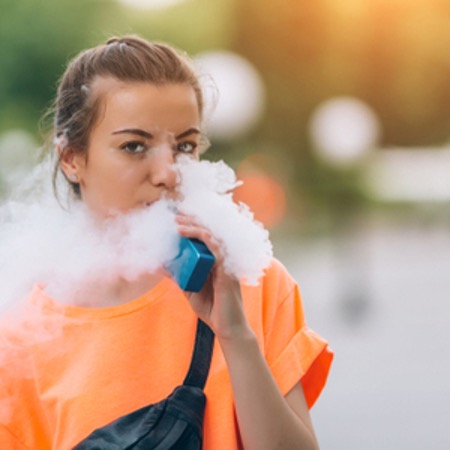 particularly popular among young people, and they offer e-liquid cartridges which don’t just contain nicotine, but contain it at very high concentrations, many of which are actually illegal to sell in the EU.

Nicotine is highly addictive, which is what makes vaping such a good alternative for adults used to smoking cigarettes, however, in young people, it can also cause damage to the brain, which is still developing up to the age of around 25, making young people who regularly inhale nicotine (though smoking or vaping) more vulnerable to other, more harmful kinds of addiction. In most regions, however, the legal age to buy vape products is the same as to buy tobacco products - between 18 and 21, so very young vapers are likely getting their devices and e-liquids from black market or unregulated sellers, which puts them at further risk.

However, for older adults who are purchase their e-liquids and e-cigarettes from fully licensed and regulated sellers, vaping can be used incredibly effectively to help smokers cut down or quit tobacco cigarettes and improve their health in the long-run.

The Side Effects of Vaping vs. Smoking

Vaping in the UK is most popular with smokers or ex-smokers, with more than half of UK vapers using it to kick their habit. However, some smokers are put off trying vaping after hearing sensational stories about e-cigs. It’s very important that we understand the risks of vaping when compared to those of smoking when we talk about potential risk and side effects of vapes.

Cigarette smoke contains more than 7000 chemicals, including several toxic substances and known carcinogens (cancer-causing substances), while there are only four major ingredients in e-cig vapour - PG, VG, flavourings and nicotine, though within that there are obviously other compounds. Studies have shown there are significantly fewer compounds in e-liquid vapour than in cigarette smoke, in particular tobacco-specific nitrosamines (TSNAs), which are some of the most significant carcinogens in tobacco formed from nicotine. There are also significantly lower levels of volatile organic compounds (VOCs) (such as cyanide-releasing acrylonitrile which is present in cigarette smoke) found in the lungs of ex-smokers who now only vape or use other nicotine replacement therapies. 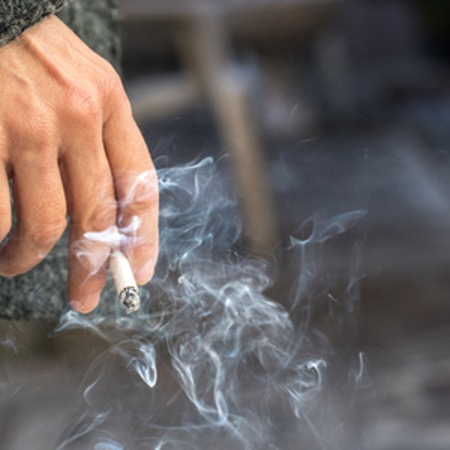 Tobacco smoke also lingers in the air for a considerable period of time, which creates significant health impacts on others, as well as for smokers. Those who are very close to, or who live with smokers are frequently exposed to the dangers of secondhand smoke, which can be very detrimental to their health, even if they don’t smoke themselves. In adults, secondhand smoke exposure can raise your risk of heart disease, lung cancer and strokes. In children, second-hand smoke exposure makes them more prone to ear infections, severe asthma, bronchitis, pneumonia and increases the risk of sudden infant death syndrome (SIDS). There is currently no evidence to suggest that e-cigarette vapour is harmful to others, as it is actually an aerosol rather than a cloud of smoke, and evaporates very quickly (in around 30 seconds, compared to cigarette smoke which can linger in the air for around 45 minutes).

Vaping has been proven to be more than 9.5 times safer than smoking, as well as a very effective way to help you quit smoking for good in the long term, and the side effects of e-cigarettes are generally pretty minor, especially when compared to the side effects of smoking cigarettes!

We could go on and on in this space. Vaping has some side effects that you may not think of as actual side effects. How about saving money? That’s certainly a side effect. Switching to something that is safer for you? That is definitely a side effect of vaping. You’ve got other side effects, like not smelling like cigarettes anymore. Or how about waking up in the morning and simply feeling good?

You may not think of these things as side effects, but they most certainly are. Along with the side effects that you want to pay attention to, such as allergies, dehydration, and nicotine effects, we can’t ignore all of these positive side effects. Most of what we hear about are these side effects. They are the focal point of what make vapers so enthused to make the switch. There really is nothing like switching to vapour, and after you try it yourself, it’s the same conclusion you come to.