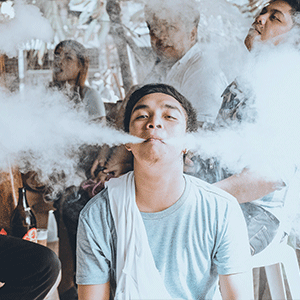 To vape or not to vape - that is the question? Ok, we may have ripped off William Shakespeare there but the point is just. It’s difficult to know where you stand this summer when the sun is shining brightly, there’s that lovely smell of freshly cut grass and the barbecues are fired up. The rules surrounding vaping in public across the UK, whether indoors or using outdoor spaces can differ based on the circumstances and rules in place.

As we know and understand about vaping, you can inhale varied levels of nicotine mixed into e-liquids, which is then heated and vaporised. An e-cigarette can puff big clouds of vapour like a tobacco cigarette but smells considerably better. However, throughout the UK, particularly in indoor public venues or establishments where there are many people, the same rules apply to vaping as they do smoking. The London underground is one example of this. Since the popularity of e-cigarettes increased with millions using the cessation tool across Britain, you can now see banned smoking signs on the tube that also applies to e-cigarettes. This is not just in the summer but all year round.

Where else is vaping frowned upon for the summer months? Can you vape on a packed beach with other sun worshippers? Is it ok to puff your e-cigarette at a restaurant - inside or outdoors? What about getting your nicotine fix at a wedding? We explore that and much more below.

Can You Enjoy Summer Vaping in Public?

In the UK, for the limited time that we have good weather (typically a couple of heatwave weeks across July and August), you’ll want to make the most of it. Attending weddings is great fun, as is hitting your local beach or joining the friends in a beer garden after work. For sports and music fans, there is always some sort of tournament or festival going on and why not make the most of it! The days feel longer due to British Summer Time (BST) but the need for vaping and nicotine occurs whatever the season. In most public places, there are often clear guidelines you must follow to be able to vape. At outdoor events such as weddings and gatherings of large crowds, there are no specific rules in place against vaping outdoors. However, it’s etiquette to consider the thoughts of others and better to do so in a private space or designated area. If you’re camping in the UK this summer with a ‘staycation’, check with the information office at the campsite or private owner where it is suitable to vape. Safety should always be the main concern. For instance, if you’re planning to stay in a hotel room overnight, check with the hotel before booking if it is safe to vape in the room. In the past, rooms were divided between smokers and non-smokers. Which category would you fall into, as hotels all have different policies? 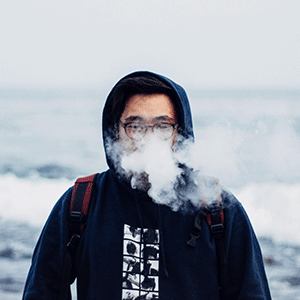 It’s useful to know whether the same rules apply for vaping as they would at home. With smoke alarms, vaping is unlikely to set them off but it depends on what kind of alarm that’s installed. The three main types include alarms activated by heat, ionisation alarms that are based on smoke particles entering the alarm and optical alarms, which are activated by the particles entering the alarm, spreading and reaching a light indicator causing it to go off and disturb your movie. You can read more about vaping setting off alarms here.

Beaches and communal pools may have signs explaining whether it’s a no-smoking beach and the same would usually apply to e-cigarettes. Plus, remember if you’re using an electronic cigarette they should not be anywhere near the water! Also, you don't want your e-liquids or vape device to get too hot as this can make them less enjoyable and effective.

Nevertheless, vaping in public areas such as a beach will not cause physical harm to others because passive vaping does not carry the same threat as passive smoking. However, it’s still considered good practice and polite to do so away from members of the public. Always be mindful of others when vaping - remember not everyone wants huge clouds of e-liquid vapour! To avoid this, a stealthy vape pod that’s slim and doesn’t give off a lot of clouds is a great companion in company.

Is it OK to Vape on Public Transport This Summer?

Vaping on Public Transport such as buses, trains and planes is strictly prohibited. Even if you think you can get away with a discreet and cheeky vape – think again. If you're caught vaping somewhere you're not supposed to, expect to pay a fine for your troubles. Similarly, bus depots, train station platforms and airports will all operate a vaping policy that will likely prevent you from vaping on their premises. Always check for local signs or ask somebody in customer services should you have any doubts.

You’re legally within your rights to vape in your car on a summer road trip. However, it could pose a risk to yourself or others if your full attention is not on the road and holding the steering wheel. Although we said the vapour itself does not pose a risk to your health or the public, it’s better to pull over and vape in a lay-by or at the designated area of the services. Better to be safe than sorry! 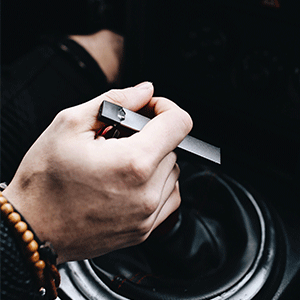 How About Summer Vaping Indoors?

Although it’s tempting, you should refrain from doing this in public places. Throughout the UK at tourist attractions such as museums, galleries and popular local destinations like pubs, restaurants or shopping centres, vaping is in most cases banned indoors. Individual policies are usually in place to keep everybody happy. Check with the establishment where you’re visiting to understand further and avoid any embarrassment or fines. Because smoking is banned in public places as of July 1st 2007, for now, it’s difficult to not impose the same rules on e-cigarettes. Although vaping is backed by medical professionals as much less of a health risk, until further long-term research is carried out it’s unlikely you can vape indoors in most situations.

Overall, these are the general practices and etiquette for having a vaping-friendly summer in the UK with family, partners and friends. But what if you seek an adventure abroad? How about at an airport before boarding a flight to escape the inevitable British summer weather? At the major airports such as Heathrow, Gatwick and Stansted, you’ll need to vape in designated areas along with smokers because vaping gets the smoking treatment indoors. Rest assured you can package up to one litre of liquids, including any toiletries and your vape juice bottles to take on board your flight to a warmer destination. Which e-liquid would you take with you to vape on the beach?

We hope this has helped clear up any queries regarding where it’s ok and not ok to vape this summer. You can find more general guidance about vaping here in our FAQs. Alternatively, we would love to hear your thoughts about vaping etiquette on our social channels!