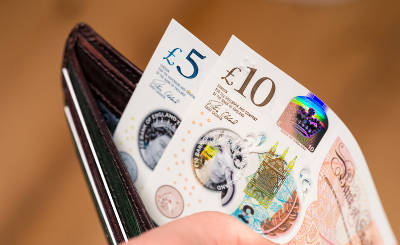 We’re midway through 2018 and it’s been a while since we checked in on the price of tobacco cigarettes. Truth be told, we’re so far removed from them now that cigarettes just don’t come to mind very often. Everyone knows that vaping is cheaper than cigarettes and has been ever since vaping products first came to market about a decade ago. It’s definitely an attractive element for making the switch to vapour, and is on our list of the 9 reasons vaping beats smoking .

That being said, if you are a current smoker or recently an ex-smoker, you probably got very used to price hikes. Not only was vaping cheaper from the outset, but tobacco cigarettes have gotten significantly more expensive. Just a decade ago, a pack of smokes would set you back £5.44 on average . We know prices are higher now, so let’s take a look at where we stand with the cigarette to vapour price ratio in 2018.

To understand how much cheaper vapour is in 2018, let’s start with the current price of an average pack of cigarettes. In 2018, that figure is right around £10.40 due to the recent tax increase in the UK . Next, let’s look at the price for what most smokers start with when switching to vapour. That would be the pre-filled cartridges. For a 5 pack of V2 Classic Cartridges you’ll pay £10.75, and each cartridge should equal more or less a pack of cigarettes. That means the cigarette to vapour ratio is almost 5-1, with a cartridge only costing you £2.15.

That number gets even lower if you go for the EX Series Cartridges which last twice as long. Individual use will vary how long your cartridges will last, but if one equals 2 packs of cigarettes, you are looking at a cigarette to vapour ratio of 10-1. These numbers get even larger in ratio when we switch to refilling your own e-liquid. At that point, the cost savings for switching to vapour are astronomical.

If you’re a smoker and you’ve swallowed the fact that packs of your favourite cigarettes are 100% higher than 10 years ago, we’ve got worse news for you. Cigarette prices will keep rising, almost assuredly. If you think the doubling of the cost of a pack of smokes will slow this trend down, you’re wrong. How can we be so sure? There are several factors at play that give us confidence in this projection.

The first and most talked about is the fact that every government likes to raise taxes on tobacco cigarettes. The idea, according to some politicians, is to deter smoking by making it too expensive. Once packs of cigarettes hit £10, you’ll think twice about buying, right? Well, that hasn’t been proven to be the case. If you’re a smoker, it isn’t as easy as simply deciding this product is too expensive for you. Anyone who has ever tried to quit cold turkey will tell you that. Yet this continues to be the stated line for the stream of tobacco tax increases we’ve seen. With smoking becoming so taboo, there aren’t a lot of people willing to stand up and fight against it either.

What does this all mean? In the simplest terms, it means vaping is much cheaper than smoking. In 2018, the price gap between vaping and smoking is the highest it’s ever been. We expect this trend to continue, and it’s another reason why more and more smokers are switching to vaping. Smoking is on its way out, and the cost difference is just speeding this process along. That, at the end of the day, is a good thing for smokers and ex-smokers who are now vapers as it's another detterent not to return to smoking.