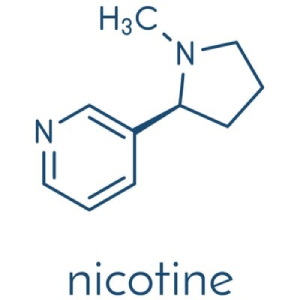 The topic of nicotine comes up a lot when it comes to vaping. Some of that is because of the mass amount of misinformation out there. Liquid nicotine specifically has picked up a bad name , albeit undeservingly so. Yet even when you understand that making the switch to vaping doesn’t preclude you from consuming nicotine, you may be keeping a close eye on your intake. In fact, one of the very first questions people usually have is about nicotine levels for new vapers . Those making the switch to vaping want to know they are getting enough, but not too much.

That question can be tricky to answer. Different people react to nicotine in different ways, so there is always an element of trial and error, though we can help you make your initial selection. After choosing the right level of nicotine for you, there will come a period down the road when you’ll wonder if you can reduce your nicotine intake. You’ll probably think to yourself that you can wean yourself off nicotine, which isn’t a bad thing in and of itself. The only problem is, you may not actually be doing it.

No, it isn’t that you are lying to yourself. You aren’t picking up a higher nicotine cartridge or e-liquid, closing your eyes, and pretending it has less nicotine than it does. Rather, what typically can happen is that you don’t notice how much nicotine you vape when you are trying to reduce. In a bit of irony, you may end up vaping with more nicotine when you are trying to reduce it, than when you were just vaping without a worry for it. That’s because research has shown that vapers are mistaking a reduction in nicotine levels per milliliter of e-liquid, to a reduction of nicotine overall.

The study we refer to comes from right here in the UK, and it looked at the absorption of nicotine for vapers over the span of 12 months. The researchers looked at a group of 27 vapers and their vaping habits, checking their levels of nicotine absorbed along the way. Some vapers stuck with 2-piece e-cigarette products, while others had moved on to more advanced vaping with sub-ohm tanks. While they thought they were reducing their consumption of nicotine by using e-liquid with lower levels, they actually weren’t.

That’s because what naturally happened as they “reduced” their nicotine levels, was that they simply vaped more. It’s a rather logical trick that your mind can play on you. If you are focused on reducing nicotine, you’ll feel better about purchasing e-liquid with less of it. You’ll feel so much better, that you probably won’t notice that you are steadily increasing the amount you vape. It’s lower nicotine level vape anyway, so what’s the problem? That’s what your mind will tell you. But as you vape more, you’ll simply replace that nicotine you were missing by using more e-liquid.

It’s important that vapers realise this tendency. Firstly, you don’t want to be lying to yourself. That’s never a good thing. Secondly, you’ll end up spending more on e-liquid because you’ll be vaping more. That’s fine if you just love to vape, but if you are doing it to reduce nicotine but actually aren’t, then it is simply a waste. You aren’t fooling your body, which may still need higher levels of nicotine as you make the transition to vaping.

How to Reduce Your Nicotine Intake

That doesn’t mean you won’t ever move down in nicotine usage. You can taper your nicotine intake when the time is right, but you’ll need to pay close attention to it. If it is the act of vaping that you are drawn to more than anything else, then a lower nicotine e-liquid could work. Just pay attention to how much you vape, and if it is a lot more than before, you may need to go back up to a higher nicotine level. As vapers, the relationship we have with nicotine is an important one, so it is important to keep tabs on it and track our progress. Just make sure you’re doing it the right way, without any misconceived notions.