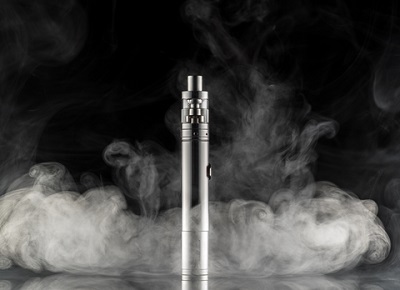 Have you ever picked up a bad name that you just couldn’t shed? Maybe it wasn’t you personally, but surely you know of someone. For example, there’s always that one loner in school who ends up with some sort of a label. Just when you thought that image is justified, you end up in the same room with the kid and realize he or she isn’t at all what people think. They’ve picked up some sort of bad name that doesn’t fit at all. And then you wonder how something like this could happen so easily.

Nostalgia at our youth put aside, this is what has been going on in some circles with regard to liquid nicotine. It’s picked up this bad name. It may be the result of it having the word “nicotine” in it, or the fact that there are anti-vaping activists out there shouting at how dangerous vapour is in general. It could be for a variety of other reasons too. Either way, we know that the term liquid nicotine doesn’t always inspire a sense of safety and security. We wonder why, and we wonder what it would be like if people really understood what liquid nicotine is.

It doesn’t seem that is the case currently. We know the word nicotine stirs up images of smoking, and smoking has evolved into a huge taboo in the western world. Which is probably a good thing, because everyone knows smoking kills. But nicotine is not smoking. Nicotine is the chemical substance within tobacco that hasn’t been shown to do much other than get you addicted.

Wait, that’s a big deal, right? Of course it is! Nicotine in regular old tobacco cigarettes means smokers get addicted and come back for more. It’s the burning of carbons, along with all the added tar and thousands of chemicals, which create those dangerous carcinogens. That’s a fact people tend to overlook when they see word nicotine and associate it with horrible diseases.

Electronic cigarettes and vapour devices offer nicotine something of a comeback opportunity. Here in its purest form, it can become part of the solution rather than part of the problem. We’re talking about liquid nicotine specifically and how its purpose changes. Not because it changes in form, but because it is used in an entirely different manner. As part of a mixture called e-liquid, it is the fuel that drives vaping devices everywhere. And vapour is making a huge difference.

Electronic cigarettes and other vaping devices have taken the globe by storm and given smokers a real opportunity. A chance to make a switch to vapour, and all of the benefits that come along with that. The lack of smell, the lower costs, and everything else that you probably already know about vaping. Liquid nicotine plays a big role here, because it allows someone who is used to taking in nicotine in one way, to receive it in a completely different way.

Detractors like to tar and feather liquid nicotine, throwing it right in with the nicotine in tobacco cigarettes. Some even go further, pointing out that ingesting a tablespoon of liquid nicotine can be poisonous. It’s true that this is a concentrated form of nicotine and you must take proper precautions and only buy the highest quality of e-liquid. But let’s not forget that the bleach under your sink is also poisonous if you are careless enough to go and ingest that.

The point is, that this form of nicotine is helping millions make the switch to vapour. It’s literally changing lives. Yet, it gets a bad rap in a lot of ways that it shouldn’t. Most of this just comes from a lack of education. This is something that time and awareness will gradually erode. In the meantime, there are those of us who are looking to clear liquid nicotine of its bad name. We know what it can do and how it can help. We’ve seen it. It’s the comeback opportunity of a lifetime for nicotine, and we’re determined to make sure it gets the fair shot it deserves.