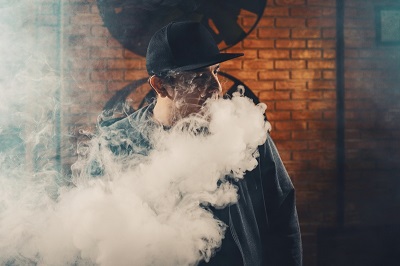 If you’re a veteran in the world of vapour, you have likely already heard about cloud chasing. If you aren’t, you might wonder why we are writing about cumulus clouds and why anyone in their right mind would be chasing them. The term cloud chasing, and cloud chasers for those who do it, certainly have nothing to do with a weather system. The clouds are big plumes of vapour and the chasing part is more like the race to get them, or rather create them.

For most people that have made the switch to vapour, it has mostly been about improving their lifestyles. Being able to save money, eliminate the smells they grew so use to, and simply feeling physically better are all good reasons to be vaping. That isn’t the case for everyone, however. Some people are drawn to vapour because of the awesome sight that happens when someone vaping exhales.

It may sound a little silly to some, but chasing clouds has quickly become a hobby to many people that vape. Whether they began vaping to produce big clouds of vapour, or they simply grew fond of it as they made vaping a bigger part of their lives, it doesn’t really matter. What matters is chasing those clouds. It can be compared to surfers who are always chasing after that one “killer wave” to quench their thirst.

Surfing may be more thrilling, but don’t tell a cloud chaser that what he or she is doing isn’t exciting too. They’ll go to many lengths to try and create bigger and bigger clouds of vapour. They do it because it excites them and they are willing to invest time, effort, and money into it. Cloud chasers will love tinkering with their vapour devices to see how they can get the most out of them. They may use a mechanical mod to get that performance, or they may even go straight to dripping in hopes of more vapour.

All of this does seem pretty harmless to the bystander, even if it also can look silly to them. Yet, there is an ongoing debate within the world of vaping as to what cloud chasers do to the vapour movement. They do, after all, provide very strong visuals and stand out among a crowd. While vaping etiquette tells us that “stealth vaping” isn’t wise, this other end of the spectrum may be even more politically incorrect. For someone that doesn’t know much about vaping, a big cloud of vapour can be awfully intimidating.

That’s just the distinction we need to draw here. Certainly, if you are at a bus stop and chasing clouds with your vaporiser, you’re going to fall into that category. You’ll create a scene without caring how it looks to others. The problem isn’t only how you look, it’s how it colours vaping for others too. If someone gets the impression from a cloud chaser that people who vape simply don’t care about their surroundings, that doesn’t bode well for the rest of us. It creates a culture that, at the very least, rubs people the wrong way.

Yet, it doesn’t have to be like that and it mostly isn’t. Sure, there is that person who will not at all be considerate of what they are doing, but they are mostly in the minority. Most people who chase clouds are doing it for their own enjoyment, either in their own homes or at competitions. They know that this is a subculture of theirs, and they don’t necessarily need to expose others to it. These are regular people who vape like you, just in a more pronounced manner.

So, do these cloud chasers give vapour a bad name? We would say no, not for the most part at least. They certainly have the potential to do that, and some probably already do. But you can’t judge a community by the most extreme members, and that’s exactly the case here. If you like to chase clouds, go right ahead. Just do it in the right place and at the right time…and enjoy the vapour!