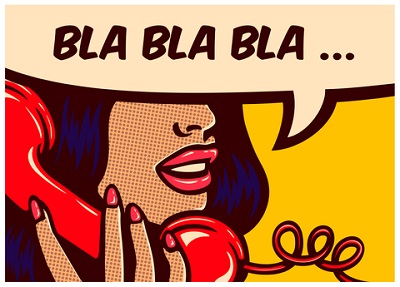 If you walk this earth long enough, you are bound to hear some rather absurd things. You know exactly what we’re talking about. Those things people say that make you scratch your head and wonder, “did they really just say what I thought they did”? Everyone says some dumb things sometimes, but it seems that as vapers, we get to hear more of it on a regular basis. Here are the top 9 we’ve heard in relation to vaping.

1.“You know that stuff is just as bad for you right?” This one is heard the most often, and is the most cringe-worthy too. Study after study has shown vapour isn’t like vaping. Even Public Health England declared vaping 95% safer than smoking, but don’t let the facts get in your way right?

2.“Yea, but it has nicotine!” Yes, it does. Thankfully, nicotine isn’t the part of smoking that does your body harm. In fact, nicotine on its own has actually been shown to have some positive effects. At worst, it is likened to caffeine. Either way, the “bad stuff” in cigarettes are tar and thousands of chemicals, not nicotine.

3.“My cousin’s boyfriend quit by drinking only water for 2 weeks, you should try it.” Brilliant! Let me go try that…and fail. Sure, some people can quit smoking by willing themselves, but they are a tiny percentage of smokers. The far majority fails without some sort of help, and products like the patch and nicotine gum are quickly becoming irrelevant because of the success of vapour. Quitting smoking really isn’t easy and if it was, many more would have done so. Thankfully, switching to vaping is easy.

4.“Be careful, nobody really knows what’s in those things.” This is another urban myth we’ve heard time and again. Actually, we know exactly what is in them. It’s no secret. It’s just one of the 5 biggest misconceptions about vaping.

5.“Please don’t use that thing around me, I don’t want your secondhand smoke.” First of all, get the terminology right. It’s vapour, not smoke! Secondly (pun intended), you’ve been misinformed yet again. Studies have shown that secondhand vapour isn’t real. We can be polite and not vape around you, but there is no reason to be concerned about secondhand vapour – it doesn’t exist!

6.“Tell me the truth, you’re just using that to smoke drugs, aren’t you?” You got me! Well, no, you didn’t. It’s true that some vaping devices can accommodate certain drugs or oils. That doesn’t mean everyone who is vaping is using it for illegal purposes. Almost all vapers are trying to quit smoking.

7.“I heard you quit smoking, but I guess you didn’t really quit.” Right, as if vaping and smoking are the exact same thing. Vapour doesn’t smell, is cheaper, and is far safer for you. But, it’s the same thing, right? Making the switch to vapour is the best thing you can do for yourself, but you’ll get this absurd comment now and again.

8.“Do you plan to quit, like really quit completely?” This is similar to the one above but it merits its own mention. While number 7 thinks vaping is exactly like smoking, this one thinks switching to vapour isn’t enough. It’s true that for some people, stepping down nicotine levels is a goal, but for others it isn’t. Whatever you decide to do with vapour, people should simply be happy you aren’t smoking.

9.“My friend got one for only a few quid, why did you pay so much for yours?” Because quality? Buying poorly constructed vapour products is probably the number one reason some people go back to smoking. You should beware of cheap or free electronic cigarettes, as they’ll set you down the wrong path.

Some of the above sound downright ridiculous, while others are simply the result of bad information. Take it easy on people who throw these things at you. They likely aren’t being mean-spirited and if they are a friend or family member, they probably simply care about you. Even if they’re wrong, you can be polite, perhaps chuckle, and then go about explaining why. Fill the world with more correct information to combat the nonsense that is out there. It’s the least we can do to help the world of vapour.