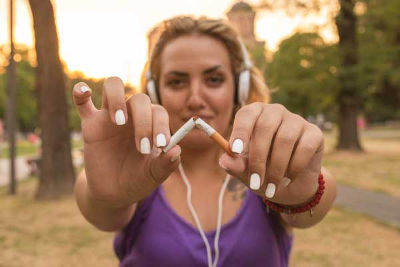 Have you ever had someone tell you that e-cigarettes are bad for you because “there’s still tobacco in there”? It still seems that after almost a decade of vaping, so many people still don’t understand it. Even with the immense popularity of electronic cigarettes and other vaping devices, and the move they have made to the mainstream, there is clearly a lot of misinformation still out there. One of them would be this idea that e-cigarettes are tobacco.

Before we get too far ahead of ourselves, it’s important to note that we are talking about electronic cigarettes or other vaping devices that use e-liquid. There are, of course, devices that can vape actual tobacco and do it quite well. This would fall under the heat-not-burn concept that has its own benefits as well. Clearly those can be considered tobacco, but when most people say vaping they are almost always referring to the regular e-liquid type of vaping.

While it can be said that heat-not-burn has its own advantages for a certain group of people who may favour this, vaping has always been about e-liquid. It’s about this idea that we can take something other than tobacco and heat it up into a vapour, and that it can deliver a great experience. Such a great experience, that as of last year a Briton was switching to vaping every 240 seconds . It would be easy for an outsider to dismiss this as just another way for Britons to get their tobacco, but they have the facts all wrong.

What frequently happens is that people mix up nicotine for tobacco. It’s true that most people vaping are doing so with nicotine in their e-liquid. It’s an important part of what makes e-cigs so successful for so many people. But nicotine is not tobacco. It isn’t the problem with smoking – that’s the burning of tobacco and the thousands of chemicals that cigarette companies add to them. Yet somehow nicotine is the substance that has picked up the bad name .

Tobacco Journal Gets It

Thankfully, word is finally spreading about the difference between tobacco and nicotine. The confusion always surrounded the fact that the nicotine used in  e-liquid was derived from tobacco. That doesn’t make it tobacco, but often this fact was overlooked. Recently the aptly named Nicotine & Tobacco Research journal made a slight but significant change. They’ve decided that only products that have the actual tobacco leaf in them will be classified as a tobacco product.

This makes the most sense to us, but it’s been a long time coming in the academic world. As stated in the posting by editor in chief Marcus Munafò, “Our preference is for the term “tobacco products” to be reserved for those products that are made from and contain tobacco (rather than contain constituents such as nicotine extracted from it).” This, he wrote, would more properly define what electronic cigarettes are not, in a scientific way. The pursuit here is of truth and combating ambiguity, and we think Mr. Munafò found a good way to do so.

We’re lucky in that e-cigarettes aren’t considered tobacco products here in the UK, but our friends in the US aren’t so fortunate. There, and in some other countries, the confusion about vapour being tobacco still runs rampant. It’s important to stand up and make people understand the facts about vaping. It’s a misinformation battle that may still rage for a while longer, as it is still a relatively new industry and there are so many consumers who don’t really know what  e-cigs are. Making it clearer that electronic cigarettes and other vapour products are not in fact tobacco should help draw that distinction between vaping and smoking. We’re confident that this trend will continue, and it’s a good thing for us all.