Today, as vaping becomes more and more popular, the thick, fluffy plumes of smoke you see vapers exhaling are becoming increasingly familiar to both vapers and non-vapers alike. But what is that vapour? Is it harmful? And where does it come from?

We’re all aware of the dangers of secondhand smoke, which contains more than 4000 different chemical compounds, some of which are highly toxic and even carcinogenic. Cigarette smoke, of course, isn’t just dangerous for the smoker, but also for those around them. Those who live with smokers, even if they don’t smoke themselves, are at a higher risk of heart disease, stroke, lung diseases and a whole host of other health complications, so it’s no wonder that so many people have questions about e-cigarette vapour. In this blog post, we’ll answer some of the most common questions we get asked about e-cigarette vapour.

What is Exhaled When Vaping 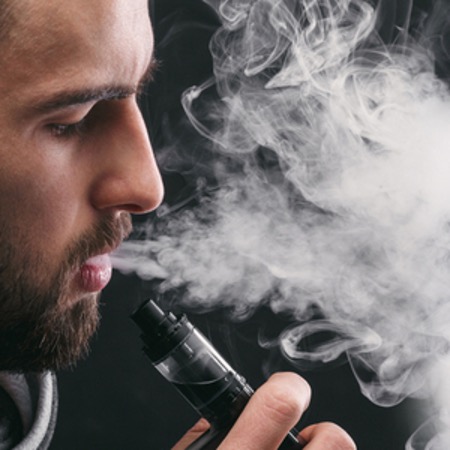 Obviously, the chemical composition of the vapour you exhale when you vape will be slightly different between different e-cigarette brands and flavours but the main components are generally the same - water, PG, VG, nicotine and flavourings. While always known as a vapour and described that way by most vapers and vape publications, what you exhale when vaping is actually an aerosol! However, in the name of clarity, we’ll continue to call it e-cigarette vapour.

E-cig vapour is created when the liquid in your vape is heated and turned into an inhalable “smoke” or vapour. This creates a small cloud of vapour when exhaled (this is why vapers who strive for increased vapour production are known as cloud chasers).

In a 2018 peer-reviewed study, it was found that exhaled e-liquid vapour are liquid droplets that quickly evaporate. This study found that unlike cigarette smoke, which lingers in rooms and the air for longer periods of time, particularly in poorly ventilated rooms, e-cigarette vapour evaporates very quickly, and doesn’t leave particles in the air. While the e-cigarette vapour took a few seconds to disappear under the study conditions, the cigarette smoke lingered for 30-45 minutes, showing that vaping is far less impactful on air quality than traditional tobacco cigarette smoking. This means that while you might be able to smell the e-liquid you’re using as you exhale, the vapour, and in turn, the flavourings that make up that smell, will evaporate very quickly, and don’t linger on your clothes or furniture like cigarette smoke can.

The Ingredients in Your E-Liquids

The vast majority of e-liquids feature four main ingredients - nicotine, flavourings, propylene glycol and vegetable glycerin. When you exhale, water is also a part of the vapour that is created. 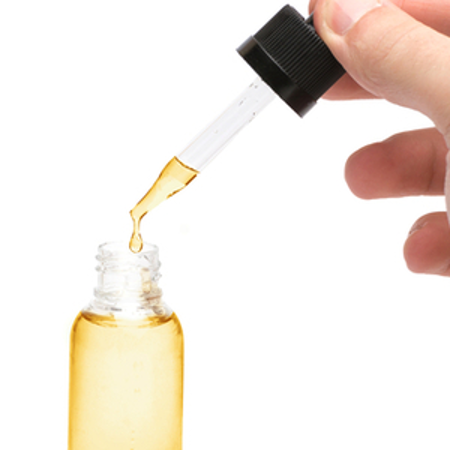 Propylene glycol (PG) is the main carrier in your e-liquid - it is used because it is excellent at delivering both flavourings and nicotine to the user effectively. It doesn’t have any flavour of its own, making it perfect for delivering not just the classic dessert and sweet flavours that many experienced vapers are used to, but also authentic, savoury and complex tobacco flavours that are incredibly popular with new vapers and those looking for a cigarette replacement that feels as similar as possible to what they are used to. It’s also perfect for beginner e-liquids as it accurately creates the “throat hit” sensation that so many smokers recognise and miss when they switch to nicotine replacement therapies like vaping. PG can be found in all kinds of household products such as medicines, toothpaste, alcoholic drinks, deodorants and hand sanitisers, to name just a few! There are a small number of people who are allergic to PG, and a slightly larger number who have a PG sensitivity, which makes this throat hit sensation very uncomfortable for them. For these people, high VG/low PG e-liquid formulas are available, as well as 100% VG formulas.

VG, or Vegetable Glycerin, is the main part of your e-liquid that creates the thick, dense clouds you exhale. High or 100% VG e-liquids can be used to create massive clouds of vapour with a delicious, sweet inhale and smooth exhale. Most high VG e-liquids are those classic dessert and sweet flavours, as VG has a certain sweetness of its own. In fact, it is regularly used in food and drink as a sweetener, as well as shampoo, soap and cosmetics to name just a few. VG is also one of the least reactive substances in the world, making it great for those who are sensitive to inhaling propylene glycol.

Like pretty much anything to do with vaping, we are uncovering more research every day about the safety of e-cigarettes and e-cigarette vapour. There have been several studies carried out into claims that e-cigarettes release formaldehyde in their vapour, which is a known carcinogen also present in cigarette smoke. Public Health England found in their studies that "At normal settings, there was no or negligible formaldehyde release.” However, there are concerns about how this will affect those who vape at very high temperatures, as hotter devices might put users at risk of inhaling higher levels of formaldehyde. If you’re worried, stick with a lower-powered device and make sure you always vape at PHE’s “normal” settings. There are also concerns about PG-containing e-liquids, as some studies indicate that it is possible for them to pick up heavy metal particles from the coils. 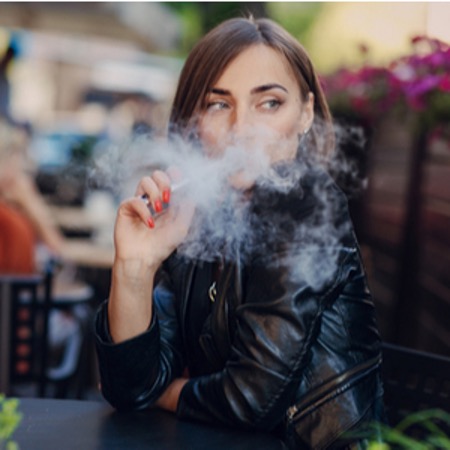 However, as with so much in the field of vaping, these claims need additional research, and there are many PG-free e-liquids available on the market today using water and glycerin as the carrier ingredient, rather than propylene glycol.

However, the current position of Public Health England and the NHS is that there is no evidence that vaping can cause harm to others around you and in your household. Unlike cigarette smoke, there is no “side-stream” vapour released when you vape, just the aerosol you exhale. This aerosol quickly evaporates and doesn’t linger on fabrics, furnishings or in even poorly ventilated rooms, without causing any identified health risks to bystanders. This is based on a 2018 independent evidence review by health authorities in England.