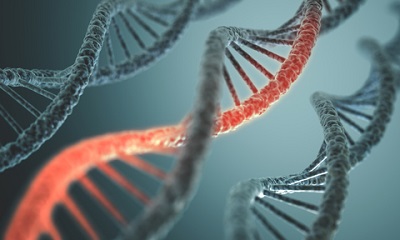 We already know a lot about vaping at this point. It’s true that, relative to smoking, vapour is in its infancy. Perhaps that’s a good thing, as the vapour industry can quickly move and adapt unlike Big Tobacco. Regardless, we also know that there have been skeptics to vapour, and there are still some out there. Yet, as more information and research comes in about vaping, the picture becomes even clearer.

Despite the fact that Public Health England has already declared e-cigarettes and vaporizers as being 95% safer than cigarettes, the conversation hasn’t ended. So, when new facts come to light, it’s important that we note them in this continuous effort to get at the truth. In this case, we’re talking about the effect on human cells and the possible mutation of such.

That was the focus of this latest study that was published in Mutation Research, a science journal. These were in fact multiple trials that had the aim of testing the reaction of human cells to vapour, and to cigarette smoke. In order to do so, scientists used two robots to mimic both vaping and smoking. They were essentially set up to “smoke” or “vape” and after they created the vapour and smoke, the particle mass and nicotine in the aerosol were measured using the Ames test.

The results were very clear. The smoke and particulate matter from cigarettes took only 24 minutes to become mutagenic toward the human cells set against it. That is, cigarette smoke can make your cells begin to change or mutate in only 24 minutes. Vapour, on the other hand, had a “minimal impact” on human cells even after 3 hours of constant exposure and created no DNA mutation.

This all sounds quite reinforcing to those who are in favour of electronic cigarettes and vapour products. Yet, we will hear some that doubt this specific study because it was conducted by BAT. That’s right, British American Tobacco was the corporation who commissioned this study. We’ve heard “Big Tobacco” lie before, so red flags go up for some when they see BAT involved.

We see it a bit differently. Big Tobacco has been scrutinized to an even further extent since that fiasco in the 70s when everyone realized they had been lying to the public. They are both under the microscope when something like this is released, as well as walking a very thin line with regard to trust. For a company that is trying to make a pivot toward vapour, all of this could blow up in their faces if any funny business was found to be happening with this data. Thus, we aren’t too worried about BAT being behind the study. In a roundabout way, it may be a good thing.

The more data that comes in, the more people will understand how vapour is truly a breakthrough concept. For years and years, decades really, millions looked for a way out. They looked to make a switch from their lifestyle and were simply not able to do it. A small percentage were able to succeed, often with certain aids like nicotine gum and the patch, but the vast majority were not.

This majority, at some point, simply gave up. That has been a common story that we encountered. Then came the electronic cigarette and all the other vapour products that followed. For millions around the globe, this invention changed everything. It gave them new hope that they could make a switch and feel better about themselves.

If you were still on the fence about trying vapour, we would encourage you that now is the time to give it a try. There really aren’t any more excuses as to why vapour can’t work for you.