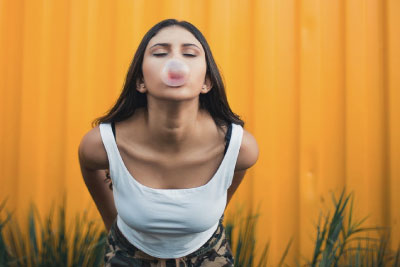 A new study finds that vaping is almost twice as effective as the traditional alternatives to nicotine such as the patches and gums typically prescribed by your local health adviser.


If you’ve been thinking about quitting smoking or know someone struggling to become smoke-free, then there are a few notable and well-documented paths that have been well-trodden when it comes to the big quit.

From the ill-advised route of going cold turkey to the slow-and-steady-wins-the-race approach - will power is great, if you can muster it consistently. Depending on how addicted to cigarettes you are, nicotine alternatives have often been thought of as positive ways to combat your cravings. Available at some shops, pharmacies and on prescription - nicotine patches, gums, lozenges, and nasal and mouth spray have been the key products recommended by health professionals in the UK in the past. But is that about to change?

Vaping is up to 95% less harmful than smoking

Back in 2015, Public Health England (PHE) published an independent report acknowledging e-cigarettes to be up to an incredible 95% safer than smoking traditional tobacco cigarettes. This statistic was accompanied by a teasing piece of information that posed vaping to also have the potential to help smokers become smoke-free. Despite this information, up to 44% of the UK’s 7 million smokers believe that vaping is as harmful as smoking.

With estimates suggesting that there are in excess of 3 million vapers in the UK, and the NHS also estimating that vaping helps up to 20,000 smokers quit every year - why are we not being prescribed e-cigarettes by our doctors as a way to become smoke-free?

Vaping is almost twice as effective as nicotine patches and gums

In what is thought to be the first trial of its kind, a team of researchers led by the Queen Mary University of London set out to learn about the efficacy of e-cigarette vaporizers against the aforementioned traditional nicotine alternatives.

Funded by the National Institute of Health Research and Cancer Research UK, the trial included almost 900 smokers who were randomly given traditional products such as patches and gums, as well as e-cigarettes.

After a year of using the products a staggering 18% of those who had been issued e-cigarettes had managed to stop smoking. While in comparison, of those provided with the other nicotine alternatives such as the patches and gums, just 9.9% had managed to quit smoking.

While there is still much to be discovered about the long-term health effects of e-cigarettes, this study conclusively shows that vaping is almost twice as effective as nicotine patches and gums. Such evidence may well be the green light for health professionals to have the confidence to recommend e-cigarettes to patients meaning that the landscape of prescription items offered to those looking to quit smoking in the future may be about to change in a big way.