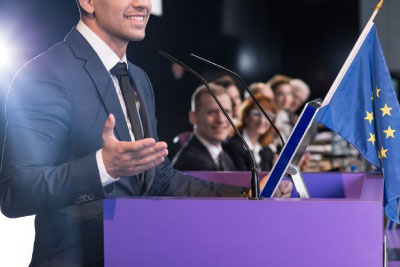 The UK Government has recently published its Green Paper, which marks the launch of Public Health England's (PHE) Predictive Prevention Programme in partnership with NHSX. But what is the Green Paper, what has been the response to it and how will it affect you and your health in the future? With vaping being a key tool for helping smokers become smoke-free, an estimated 3.2 million vapers in the UK who have successfully managed to quit smoking and switch to vaping. But are the minority of the population who know about the benefits of vaping, soon to become the majority?

What is the Green Paper?

Published on July 22 and presented to Parliament, the Green Paper's is the pseudonym for it’s official, rather less catchy, title - Advancing Our Health: Prevention in the 2020s. The paper details how the future of our health system can evolve to improve public health via the use of ‘Predictive Prevention’. The Green Paper ultimately sets out the aim to utilize and make the most of the technology, data and tools at our disposal, to improve our general health by preventing any ailments and disease that we may be prone to contracting based on our lifestyles.

Predictive prevention could potentially empower the pubic by harnessing data that is collected by the technology in our phones and watches to be able to offer personalized and bespoke health advice. Via text messages and apps, we may be able to easily share information on our diet, sleep and exercise with our GP's and medical professionals. Such information may then improve the quality of consultation and conversation, thus identifying and treating, any lurking lurgies more quickly and effectively.

While traditional health preventions have led to the UK having one of the lowest smoking rates in Europe, naturally more can be done. So much, so that within the Green Paper the Government have set out an ambition to have a smoke-free nation by 2030, which also includes options for raising revenue to help give further support to smokers seeking a smoke-free life. One such measure to be included in the prevention programme is that all smokers who are admitted to hospital will be offered the help and support they need to stop smoking.

Stalwarts of a smoke-free future, the UK Vaping Industry Association (UKVIA) responded in support of the paper that recognized vaping to be a key component in their goal to eradicate smoking by 2030. UKVIA are seeking to work with the Government to achieve the goals set out in the paper, which will see a smoke-free society become a reality, and have urged ministers to use the considerable expertise and knowledge that the industry has in order to do so.

At the forefront of our healthcare system, hospitals can play a major role by helping smoking patients make the switch to vaping as a means of staying smoke-free. By staying smoke-free and reducing the risk of the numerous health problems that lie in wait should those smokers continue to smoke, the burden on our health care system has the potential to lessen in dramatic fashion.

The majority of hospitals and health care centres across the UK operate strict no-smoking policies and up until now, vaping has traditionally been treated and subjected to the same rules. To provide the best possible solutions for smokers to begin their smoke-free journey, the aim is to provide designated vaping areas on hospital grounds, as well as making vaping products available for purchase within hospital shops across the UK. As it stands hospitals in Colchester and Ipswich have introduced designated vaping areas within their grounds - a scheme which has proven successful in reducing the number of smokers on hospital grounds. Additionally and more recently, two NHS hospitals in the Midlands have recently opened vape shops in a move to stub out smoking. Will vape shops and vape areas on hospital grounds become commonplace? Watch this space.

Further support for vaping to can be seen in one such proposal to encourage public health prevention by offering free e-cig starter kits at food-banks . A scheme that is set to be trialled in Hertfordshire, the hope is to save money and improve the health of those who access the services of food-banks. Data shows that 12.7% of the adult population in Hertfordshire are smokers and that the number of smokers is higher among those in manual jobs, low incomes and those suffering from mental health conditions. In light of the widening gap in health quality between people from working-class backgrounds due to smoking, Hertfordshire County Council's Director of Health Prevention, Jim McManus hopes the scheme will be in effect by the end of the year.

Are you still smoking or know someone that smokes? If you're keen on living a life of longevity, you'll probably already know that it's time to quit smoking. While quitting an addictive habit as smoking has traditionally been a tough cookie to crack, with the help of vaping your journey to become smoke-free may be easier than you thought.

95% less harmful than smoking, PHE have published independent evidence that suggests vaping may provide the potential to help smokers become smoke-free. Additionally, Queen Mary University London recently conducted research that points to e-cigs to be up twice as effective as traditional stop smoking products such as patches and gums.

Ready to give vaping a go but confused about how to get started? While you may have seen the big box-like vaporisers that require an engineering degree to operate, vaping doesn't have to be complicated – far from it. All you need to begin your journey is a simple vaping starter kit like Vapour2's EX Series Starter Pack. Complete with battery, charger and prefilled e-liquid cartridges, all you need to do is screw your cartridge onto the end of your fully charged battery and hey presto – you're ready to vape! We told you it was easy.