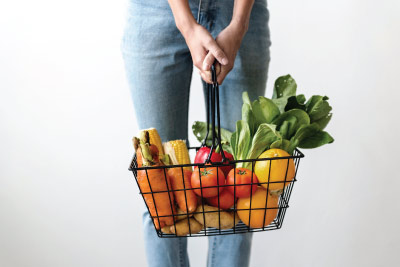 As many vapers will be aware, quitting smoking brings with it a whole host of positive health benefits, so the idea of having a smoke free UK is certainly an attractive one. Research has already suggested that e-cigarettes are safer than smoking and that more people are able to quit using them, but this new initiative could encourage those unaware of the benefits to give it a chance.

According to The i Paper, the proposed project would allow smokers accessing support from a food bank to receive a free e-cigarette starter kit in order to save money and improve their health. The project would be rolled out in Hertfordshire, where a number of food banks are already keen to get involved. If the trial is a success, we could see it introduced across the country.

It’s reported that 12.7% of the overall adult population in Hertfordshire smoke, with smoking rates higher in those on lower incomes, in manual jobs, and those with mental health conditions.

The data suggests that 24.6% of people in manual jobs smoke, and 35.7% of those with a mental health condition. The Strategic Plan would target smokers in those groups, along with pregnant women, people who have conditions that are caused by or have been worsened by smoking and people with severe addictions and have previously failed to quit.

There are a few technicalities that could stop the project from going ahead, regarding compliance with EU competition rules. However, if the project manages to pass the test, we could see it in action before the end of 2019.

The Cost of Smoking

Many smokers can expect to spend around a jaw-dropping £3,500 a year, whereas vaping helps cut that figure down by two thirds. Reducing the amount spent on cigarettes could help a number of people to save money and step further away from the poverty line.

When it comes to the health costs associated with smoking, vaping has been endorsed by medical professionals as a way to reduce the number of toxic chemicals and cancer-causing substances in the body. As well as this, vaping produces no nasty odours to stain your skin and clothes, doesn’t cause illnesses from second-hand smoke and has become more socially acceptable in recent years - many establishments will even let you vape indoors.

Ready to make the switch from cigarettes today? Get a head start and take a look at our Starter Kits.