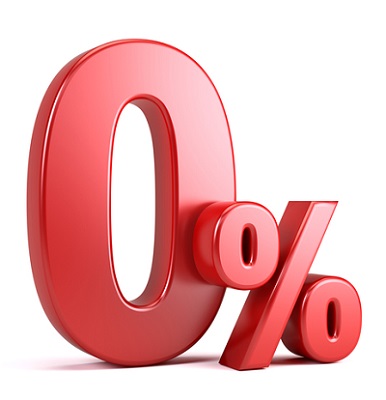 You may think the title of this blog post is a little outrageous, but not everyone will agree with you. We’re taking about e-liquid, but not the type that the majority of people who vape use. Most of those who make the switch to vapour use e-liquid that contains some level of nicotine. Today we’re talking about e-liquid that does not contain any nicotine, and why that has gotten some people up in arms.

To preface this, let’s once again reinforce what is a basic truth. The far majority of those who make the switch away from tobacco cigarettes choose e-liquid with liquid nicotine. This is because, as we all know, nicotine is addictive. If you’re going to successfully make the switch to vapour, you want to put yourself in the best position possible to do it. Choosing a level of nicotine along with the right flavour is imperative in getting yourself into vaping as an alternative.

Where does no nicotine e-liquid play into this then? Well, often times people who vape will aim to lower their nicotine intake over time. The thinking is that there are two parts of why it is hard to stop with tobacco cigarettes. The first is the physiological part, which means your body being addicted to nicotine. The second is the social and/or psychological part. That would be the feeling you get when you place a cigarette up to your lips and take a drag, or how comforting it is to take a smoke break with your mates.

While getting your nicotine from somewhere else can help with the physiological aspect, the social/psychological aspect needs something else. That’s where vapour can play a key role in making the switch. This is also why people who vape may work to wean themselves off nicotine, but are resolute in continuing to vape with no nicotine e-liquid. It still provides something they can’t get elsewhere, and they simply enjoy it.

Downsides of No Nicotine E-Liquid

There are downsides to no nicotine e-liquid, however. The first is underestimating how important it is to get your nicotine when first making the switch. If you’re ready to go all in with vapour and you end up choosing a no nicotine e-liquid, you are more than likely going to find yourself unhappy or failing. Nicotine adds that burning to the back of your throat, what we call a “throat hit,” that you are used to. It also satisfies your body’s craving for what it has gotten used to.

As you can see, liquid nicotine does play a very important role. Despite the bad name it has picked up, it is actually a needed and useful aspect of the vaping experience. Of course, there is nothing wrong with working your way down to no nicotine e-liquid, but the fear is that you’ll jump straight there and fail without understanding how vaping can help you.

There is another huge downside to no nicotine e-liquid that we can’t ignore. That would be the possibility that non-smokers get into vaping, using no nicotine e-liquid as a gateway. Vapour products were created to help smokers, and ideally those are the people that will be using it. It’s a mantra preached by the Independent British Vape Trade Association, who state that, “Vape products are for current or former smokers and existing users of vaping devices, therefore [you should] never knowingly sell to anyone who is not a current or former smoker, or a current vaper.”

This particular point has become a problem, as the Royal Society for Public Health insists that 87% of vape shops are selling to non-smokers. This has understandably made some people very upset, because vaping should be primarily targeted to smokers. Sure, a few stragglers will also make their way into vaping on their own and that is hard to eliminate completely, but it should be the exception and not the rule. No nicotine e-liquid can open the door for that and reverse this monumental change in society where smoking is seemingly on the way out.

Although this problem isn’t a large one yet, and it certainly isn’t threatening society or anything like that, it is definitely one to keep tabs on. No nicotine e-liquid can play an important role for those who have made the switch to vapour. Yet, we have to be careful where non-smokers get involved and especially for those who may end up trying a level of nicotine in their e-liquid. Having society as a whole make that shift to vapour is somewhat of a work in progress. That being said, no nicotine e-liquid still does a lot more good toward this cause than bad.