When an addiction sets in, whether that’s reaching for the last sugary piece of chocolate or cigarettes, it’s hard to act on willpower alone. In the UK, roughly 60% of smokers want to quit and often plan on doing so within the first three months. However, sometimes saying or thinking you’re able to quit is not enough. After all, the nicotine and sugar in cigarettes (of which we’re unaware of the complete contents) is tough to shake as an addiction. If quitting is tough, how difficult is a smoking relapse? And if you do, what are the tips and guidance from previous smokers and medical experts that will get you through that rough patch to the promised land of spending each day free of cigarettes?

Before we answer those important questions, we need to know what a relapse is and does to the body, plus the effect quitting smoking can have on you mentally and physically to best prepare yourself for the challenge ahead.

What Is a Relapse?

In simple terms, a relapse is when you use a substance again that you attempted to quit previously. Smoking is a form of addiction that’s tough to shake and can involve several attempts before quitting cigarettes for good, based on the level of dependency.

Considered by some studies as a ‘brain disorder’, there are many different forms of relapsing that can occur to the body and mind. This is because it can manipulate our thoughts and actions.

A relapse doesn’t occur all of a sudden. It’s usually a gradual process over a few weeks or even months. But typically, they’re triggered in this order:

Smoking is such a big addiction as the nicotine in cigarettes triggers a pleasure response in the brain, stimulating the receptors to release dopamine. Smoking for addicted users triggers the brain’s reward system, hence why a smoking relapse is such a common occurrence.

What Happens When You Stop Smoking?

Because your brain is sending signals to the rest of the body through these receptors and acting as a reward, should it be easy to want to give that up? Your mind is playing a trick on you essentially and telling you that it’s pleasurable to smoke - when we know the damage it can do to your short and long term health. For years scientists have urged people to quit smoking to improve their wellbeing and live a longer life, but it’s easier said than done. When you quit smoking, your mind and body can go through several stages. Even the odd cigarette can still impact the process of quitting smoking and lead to a relapse.

All signs will be pointing towards picking up a cigarette and smoking again, but any individual needs to find their best method to prevent a relapse. When you quit, it can go one of several ways. You can put on weight because nicotine does work as an appetite suppressant in cigarettes, or it can lead to increased stress levels. Even though the common myth circulates that smoking helps to reduce stress, it creates higher levels of anxiety. The symptoms of smoking relapses don’t just occur when you remove cigarettes from your life. It can also happen if you have other addictions. 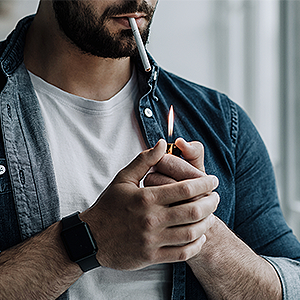 Giving up smoking for good is a great challenge for many because it forms such a large part of your life as an addictive habit. However, the benefits are immediate after you put down your last cigarette, with it taking only 20 minutes for your system to begin to clear and several other long-term benefits for your health. One week on from your last cigarette, your body will begin to rejuvenate, with nerve endings damaged by smoking reforming as they used to and even stronger levels of vitamin C in your blood! Those in your close group of family, friends and loved ones will also appreciate the removal of passive smoke which is dangerous for their health too. Your lungs will take a bit longer to show signs of recovery - with experts estimating it takes roughly 2-3 months before seeing the positive effects of giving up smoking to aid your lungs back to health, with a 10% increase in breathing capacity.

How to Manage a Smoking Relapse

First, you need to know when a relapse is likely to occur. Relapses often occur during the first few days, as studies suggest, so keep your mind strong and distracted from something else. Even with studies showing those abstinent from cigarettes after four weeks relapse within a year, it’s important to understand triggers and signs that often cause you to pick up a cigarette to help prevent this.

A common one is when you socialise with friends or colleagues, whether’s that on a night out or your lunch break. In most cases, when people try to quit smoking but go on a drinking binge, it leads to a relapse. That’s because of the familiar behavioural pattern i.e needing something in the hand to keep themselves busy in a smoking area, the smell of cigarettes around another smoker or social pressures. Other triggers include:

In other words, look at your behavioural patterns before you want to smoke and try to adjust accordingly. To manage those stressful situations and avoid picking up a cigarette, there are many ways to combat these actions. Try to not think that one occasional cigarette won’t harm you or have an impact, as that’s all it takes, with nine out of ten reverting to their old habits after just one cigarette!. Even though there are many examples of people relapsing after months and even years without a cigarette, don’t give up because you’re not the only one, as it can happen to anyone during any moment of hesitation or temptation to act on a familiar habit. Find a suitable alternative to distract your mind and don't try to go cold turkey with nothing to fall back on, especially in your first attempt. 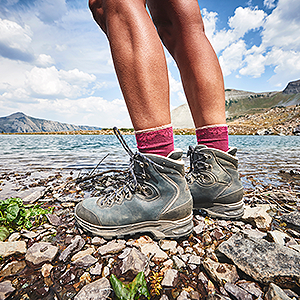 Other Tips and Support to Help Quit Smoking for Good

Simple tasks around the house, meeting up with a friend, calling a family member or doing some exercise in the great outdoors can help remove the temptation of cigarettes. Alternatively, you could try vaping, which is the closest nicotine replacement therapy in terms of familiarity. Millions now turn to e-cigarettes for this reason, with a range of vape kits that resemble a cigarette in shape, which you hold to inhale the vapourised e-liquid substance directly into the mouth. The majority of e-liquids contain nicotine but most importantly, do not include the dangerous toxins associated with smoking. You have to keep testing through trial and error to find the best method that works. That might be a combination of different nicotine therapies to help you quit smoking, such as patches and e-cigarettes. In addition, there is also emotional support which you can find below, backed by charities and organisations such as the British Heart Foundation, Cancer Research UK and the British Heart Foundation:

Sometimes a combination of the above can have the best effect on your wellbeing in the present and long-term future as you aim to quit smoking. People often find it difficult to quit smoking because they don’t want to put on weight or find smoking as a stress-coping mechanism. Both couldn’t be further from the truth. Supporting your goals by looking at your behavioural patterns, as well as stopping smoking medicines and emotional support can do a world of good. The NHS has created a useful page to help you tackle the issue if you need further advice.