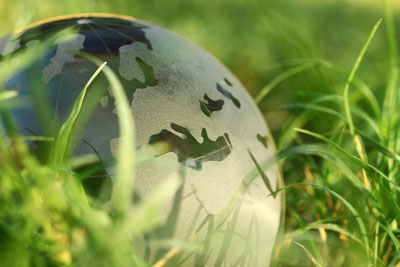 Where the responsible disposal of your traditional cigarette would be a fairly straightforward affair - extinguishing one’s stub in the nearest and most convenient receptacle ready for refuse collection - it may be feasible that you’ve not yet considered what to do with your e cigarette or refillable cartridge once they’ve reached the end of their lifespan. As the number of vapers increases and the consumption of e cigarette devices and accessories naturally follow suit, do e cigarettes pose a new problem for the carbon conscious, environmentalists, and lovers of the world we live in, to be wary of? Let’s look at how to do the right thing and dispose of your e cigarette responsibly.

E Cigarettes and the Environment

A recyclable cup here and a re-purposed pot there. We live in a world where waste and the problem of where to put it is ubiquitous. Quite rightly so, for the mass industrialisation and production of goods seems an unending queue of consumerism, clamouring for the latest and greatest accoutrements to life, even in the light of an impending environmental collapse.

A passing comment of displeasure in conversation or documentaries detailing the vastness of the problem - ice caps the size of skyscrapers falling incongruently from their ice shelves into the sea – sharply remind us of the polluted world we live in, one created, often without thought, by us.

A periodical inevitability of innovation is the lofty position convenience holds over that of the substantial environmental impact the success of such product may yield. Take for instance the tasty confectionary convenience of coffee pods. The eventual affordability for the devices, coupled with the frequency one might adopt to their coffee habits, heralded a wave of waste due to the nature of materials used and their necessity for making that cup of coffee taste oh so sweet.

With an estimated 3.2 million vapers in the UK, and as the number of e cigarette users in steadily increases, the question of responsibly recycling such disposable devices should be one to take into serious consideration.

Due to the turnover of components created for e cigarette devices, without the due attention given to their responsible disposal, the ecological consequences for mother earth could be potentially drastic.

How to Dispose of E Cigarette Batteries

The batteries that power your e cigarettes and provide you with your hit of nicotine aren’t just made from rainbows and unicorn tears that magically combust to produce your vaporized nicotine hit. Batteries, of course, contain lithium which is not so nice for the environment or the earth should battery acid seep into the ground by way of the irresponsible landfill.

Due to the toxic contents of the batteries, avoid at all costs simply putting these in the bin – most supermarkets or recycling centres will have designated drop off points for batteries which is your best bet for doing your bit for the environment.

How to Dispose of Your E Liquid Cartridges and Refillable Tanks

When it comes to spent cartridges and tanks, a little more care should be taken to ensure you’re responsibly recycling. Separate any glass and plastic and dispose of accordingly. Be sure to clean any leftover e liquid residue, as liquid nicotine may be harmful to the environment,