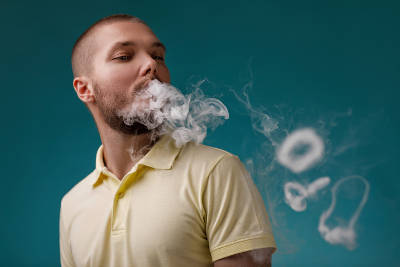 Why in the world is Vivek H. Murthy so against vapour products? It’s a little mindboggling on our end, far across the ocean over here. The American surgeon general seems to be an intelligent fellow. He is, after all, the surgeon general of America. That would make it seem that he takes great precautions in assigning values on things such as vaping. Yet we have repeatedly heard from him with regard to electronic cigarettes, and what we have heard we haven’t liked.

The latest effort comes in a wrapper of “saving our youth,” which is a common tactic to throw off people’s senses. If you want to quickly rally the public behind your cause, just make sure to tell them it will do harm to our children and they will line up behind you in a flash. Such was the case when Mr. Murthy again attacked vaping in statements reported in The Washington Post. He plainly explained that, “We know enough right now to say that youth and young adults should not be using e-cigarettes or any other tobacco product, for that matter.”

We applaud Surgeon General Murthy for taking a special interest in his country’s youth, but this is quite the misleading statement. There is, in fact, little if any evidence to truly back up his statement. When Murthy says, “The key bottom line here is that the science tells us the use of nicotine-containing products by youth, including e-cigarettes, is unsafe,” he is stretching his facts in a surprising fashion.

While nobody really wants to see youth take up nicotine use, when talking about e-cigarettes or vapour devices, a distinction needs to be drawn. Not to mention the difference between “youth” and “young adults” who are of an age (18 to 24) not to be lumped in with children.

It’s a Different Story in the UK

Even as in America certain groups have been pushing quite hard against vapour despite all of its potential to change lives for the better, here in the UK it’s a different story. That’s something we’re glad to report on. Here we have Public Health England releasing statements in favour of vapour and highlighting its positive attributes. As close as America and the UK are as allies and friends, sometimes we are simply an ocean apart on certain issues.

How this has happened is something we have given much thought to, although there is no clear-cut answer. We know that the pharmaceutical companies in America have a large and powerful lobby and we know that they also fought tooth and nail against vaping there. It does, after all, threaten their own product lines such as nicotine gum and the like. It wouldn’t be a stretch to see them take up arms against this growing industry by advocating at the highest offices of government.

Perhaps it is more a matter of looking at the same facts and seeing different patterns. We do have to assume that the Americans have the same facts we have, right? It’s not as if they don’t spend millions of dollars on research themselves, but there are so many studies that have happened here in the UK or in Europe rather than in America. Do they give these studies the weight they deserve or are they considered second-class research?

Whatever the reason, it remains odd to us that the surgeon general in America would go to such lengths to target vapour. This is something that has already helped millions of Americans make the switch away from what everyone knows is a very harmful habit. While everyone keenly awaits even more research on the topic, thus far the differences between smoking and vaping are clear. What is it that Mr. Murthy doesn’t see? Or maybe it’s what he simply refuses to see.