We’re here today with another special guest on the Vapour 2 blog: longtime vaper and reviewer, Kim at Best E-Cig, who you’re probably already familiar with if you follow the vaping community on Twitter. We’re delighted to get a chance to find out more about Kim’s journey with vaping and how being a reviewer impacts the way she vapes.

Hi Kim, thanks for joining us on the V2 blog; we ’re excited to hear more about your journey not only as a vaper but also as a reviewer and YouTuber. First of all, could you tell us a little bit about yourself and your website/YouTube channel?

Hi! Thanks for having me! 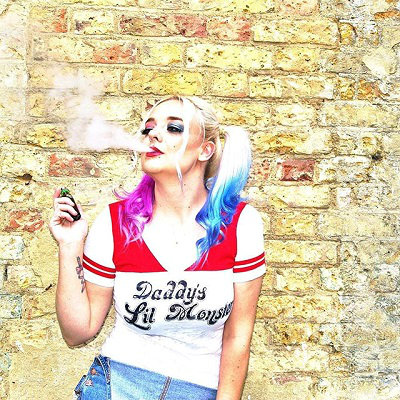 Best ECig about because I was a vaper who was tired of reading “amazing” reviews on the website, only to buy the product and realise it was nowhere near as good as what was promised. I’m a freelance writer and I had a few clients contact me over the years to request I write these fake ecig / vaping reviews. I decided, rather than wasting my time writing fake ones, I would start a website and write REAL reviews. The website came first, and it was all a learning experience — my first ever website. The YouTube channel followed from that which, again, has definitely been a learning curve. Although I have been vaping for quite a few years now, there is still so much I don't know. I like to think that I learn with the audience. I’m unboxing those products, just as a customer would, and I’m trying to piece them together (sometimes incorrectly, admittedly), just as a customer would. I wanted to create something genuine and honest.

Tell us a little bit about your journey from smoking to switching to vaping.

I started smoking at school, giving in to peer pressure, and I was 24 or 25 when I figured I’d give vaping a shot. I’d already tried nicotine patches and gum, and going cold turkey too (which was dangerous for everyone). I'd even tried Champix. Nothing worked. A friend of mine had been vaping for a few months, and he hadn’t smoked the entire time he’d vaped. I decided to give it a try for myself, ordering a cigalike.

Within three days of vaping my cigalike, I'd quit smoking. I started on 24 mg cartridges, and I learned how to refill my own with liquid to save money. After a few months, I dropped myself down to 18 mg, and then I did the same a few months after that, to 12 mg. I kept lowering the nicotine strength I was using, slowly and over time, and within 8 months of starting vaping, I’d not only quit smoking, but I’d quit vaping too. My main goal when I started was to quit smoking, and it worked brilliantly for me.

I did start smoking again following that, once. After going back to cigarettes for a few months, I picked up my trusty vape again, and I’ve been a vaper ever since!

You’ve been vaping for seven years now, which in ‘vaping years ’ must feel like forever! What are the main changes you ’ve seen between then and now?

There have been so many changes, I don't even know how to keep up! The technology is changing so fast now, as soon as I’ve learned one thing there's something brand new to learn. In some ways, this makes vaping quite exciting — you never know what they're going to come out with next. At the same time, however, it can be quite confusing. I definitely think vaping has gotten more complicated than when it first started.

Vapers have so many options now, which can only be a good thing. If one device doesn’t suit you, there are a hundred more you can try. This gives smokers who want to quit a much better chance of success. Bigger batteries, better tanks, screens … Many of the changes have made vaping much more enjoyable, and accessible to everyone too. There weren’t vapes in physical stores when I first started, so if I didn't order more liquid in time, it really was the end of the world!

What role has the vaping community played in your journey as a vaper?

Most of the vaping community are lovely folk, and they’ve always been on hand to answer questions for me. I feel they act as a support network. If you have a broken vape, everyone will rally around to get the problem resolved as best they can. If you have a question, the question is retweeted or shared until someone can answer it for you.

The vaping community has been awesome to me. I don't think I would have learned half of what I know if it weren't for some of those people!

We really appreciate all the support you ’ve given to V2 over the years. What was the first V2 product you ever tried and what would you say is your favourite bit of kit from our range?

The first piece of V2 kit I tried was one of the earlier classic cigalike kits, I believe, along with a Vapour Couture kit. Things have come a long way since then, and I love that V2 Cigs / Vapour2 comes up with designs that aren't like everything else you see on the market. I loved the way the V2 Pro Series 7 looked, but I think my all-time favourite has got to be the Trinity Kit. I'm using it right now, as a mouth to lung device, and I love how soft the box feels, and how compact it is too.

Tell us more about your experience as a reviewer. Has it changed the way you vape? What is the most rewarding thing about running your website and YouTube channel? The most challenging?

I love being a reviewer, although sometimes I don't think I'm worthy of the name! I like to think I just open the boxes on video and make mistakes before other people do! :)

I think being a reviewer has most definitely changed the way I vape. I’ve tried devices that I never would have considered buying, and the same for liquids. I found and enjoyed new flavours I didn't even realise I liked.

The most challenging part of vape reviewing is keeping up with all the new technology. It constantly changes and evolves, and I’m forever messing up on video when I’m trying to piece vaporisers together. It’s funny eventually, but sometimes it feels like I’ll never be on top of all the “new stuff”!

What are your top dos and don’ts for those who want to make the switch to vaping?

Firstly, don’t be afraid of vaping. Start small and work your way up from there. If you don't know how to use a big box mod, don’t buy one. Don’t feel pressured into buying something far more complicated than you need. You have a much greater chance of trying to vape with it on the wrong mode, or messing it up somehow, like I do, and I think that ruins a vape experience.

Also, don’t be afraid to ask the vaping community questions. I would have thrown some of my collection out the window by now if they hadn’t been there to help guide me through it.

Finally, be safe. Make sure you’re using safe batteries and the right charger for the right device.

To finish up, what is your favourite V2 e-liquid flavour and what is your dream flavour that isn't currently available to buy?

I love the V2 tobacco flavours and I think Sahara is my favourite. Chocolate would come a close second, but all of the range are decent liquids, I feel. I’ve been vaping with them for years!

I would like to see more flavours in the V2 collection of liquids, and I’m a big fan of dessert / biscuit flavours. I think I’d like to taste a chocolate gateaux or chocolate profiterole juice. Maybe then I’d stop eating so many of them…

On behalf of the entire Vapour 2 team, we want to say a massive thank you to Kim for visiting our blog today. We’ve been a fan of Kim's blog for a long time now so it was great to get a chance to get to know more about the person behind the blog.

To check out what Kim thinks of some of our range of vaping products you can see her V2 reviews here: