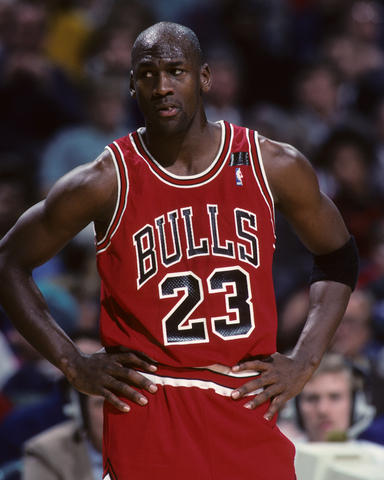 We don’t often associate sports and athletics with smoking. The image we have of smokers and sports is, at most, a star athlete having a celebratory cigar. Michael Jordan is a great example, as he was often photographed with a cigar in his mouth after winning one of his numerous NBA championships.

Other than that, sports and smoking don’t seem to mix in our minds. Imagine taking a drag off a tobacco cigarette and then running around. Doesn’t sound very enticing does it? It probably conjures up images of coughing heavily and trying to catch your breath. But why is smoking so bad for athletes anyway? Let’s take a look at why it’s so bad for athletes, and then what vaping does to athletes.

Why Smoking is Bad for Athletes

We can break down why smoking is bad for athletes into three basic areas of concern. The first one is heart rate. Smoking is known to increase your heart rate and that’s mostly due to nicotine. An increased baseline heart rate usually means a decrease in maximum heart rate. Athletes excel by raising their baseline heart rate to one way above normal to get that blood racing and fueling their movements.

The second area of concern is blood pressure. Nitric oxide is the chemical compound in your body that dilates and relaxes your blood vessels. This allows more blood to flow and deliver more oxygen to an athlete’s muscles. Smoking decreases the formation of nitric oxide in your body, which means constriction in your blood vessels. That means less blood flow, less oxygen, and worse performance for an athlete.

The third area is the one you probably thought of first. That would be lung capacity, which is greatly affected by smoking. Essentially what happens to smokers it that they will develop a loss of lung elasticity. In laymen’s terms, this means your lung will not expand as well, which means you will have a lessened capacity for oxygen. This is caused by the inflammation and degradation of your lung tissue due to smoke. Less room for oxygen means you’re quicker to get winded and won’t be able to perform athletics as long, or push yourself as hard, as non-smokers.

We know how bad smoking can be, and now we know what it does to athletes too. It’s not at all surprising, since most people associate smoking with poor health. That’s far from the top physical condition that athletes need to stay in. Yet, the question of what vaping does to athletes isn’t addressed. The answer may be a bit elusive, especially in comparison to smoking. Let’s give it a shot anyway.

While there aren’t any long term studies on this topic as of yet, there are a few things we can point to from the outset. The first would be lung capacity, because vaping doesn’t do to your lungs what smoking does. There isn’t any tar to coat them, and anecdotal evidence has told us that people simply breathe better after making the switch to vapour. Vaping also doesn’t contain carbon monoxide like smoking does. Carbon monoxide displaces oxygen in your blood and slows down its delivery to other parts of your body. Thus, we can conclude that you’re getting more oxygen by vaping than by smoking.

This doesn’t mean vaping is in the clear. We know that nicotine raises your heart rate and most people do vape with nicotine. We also don’t know enough about nitric oxide and vaping. What we do know is that vaping has helped millions of people stop smoking, and it’s even featured in the Tobacco Control Plan. We would assume that there are some athletes within those millions who have made the switch to vaping, and they’re surely feeling those effects. People report that they breathe better and generally feel better. It’s too early to know for sure what vaping does to athletes, but we can safely say it’s far better for them than smoking.