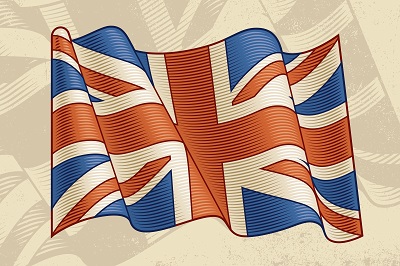 Vaping has come a very long way. It’s done so in many different facets too. From a technological perspective, we’ve seen vapour products expand, change, and grow at a monumental pace. From simple e-cigarettes that weren’t very satisfying, to the range of exceptional products that provide smokers with a viable option to make that switch. We’ve also seen and felt the long way vaping has come culturally. From a strange looking device, to a very misunderstood one, and now to being known across popular culture.

Despite all of these different ways that vaping has made progress, the most important may very well end up being in the realm of the government. This is the one in which it received the most objection initially, but things sure have changed. Where governments, along with tobacco lobbyist groups, went from being fearful of these devices, now understanding and acceptance is arriving. In the UK, we’re lucky. Here it goes beyond acceptance, to a full embrace of this technology and how it could help millions of Britons.

Nothing exemplifies this more than that recent featuring of vaping in the UK Tobacco Control Plan. Under a section labeled “Backing evidence based innovation”, the case for vapour is stated quite clearly. It reads like this: “The best thing a smoker can do for their health is to quit smoking. However, the evidence is increasingly clear that e-cigarettes are significantly less harmful to health than smoking tobacco. The government will seek to support consumers in stopping smoking and adopting the use of less harmful nicotine products”.

This is a stance that is not to be taken for granted. Many veterans of vaping have fought for years to allow fact to dictate policy. While it may not have for many years when vapour was still new, it appears that this path has been cemented. At least for us in the United Kingdom.

Worldwide Change is Good For Smokers

We can be proud of where our government has taken our vaping policy. This is an idea that needs to keep spreading. A worldwide shift in the approach to tobacco policy is good for smokers. It allows them the options they need to make the lifestyle change that was, until recently, thought to be near impossible. This is new hope that millions are experiencing, and millions more have yet to.

We’re seeing signs of this change not only in the UK, but also in places where there has been significant pushback against vaping. A good example of that is Australia, where vaping has been under tight control and restriction by the government. Namely, no nicotine is allowed in any vapour device. But health experts are beginning to stand up for vaping. To stand up, really, for their patients and for public health as a whole.

Take Dr. Alex Wodak for example. Dr. Wodak is the head of Australian Drug Law Reform Foundation and he was quoted recently speaking out on behalf of vaping in his country. As published in The Australian, Dr. Wodak said, “It's very important, in harm reduction and public health generally, to have your intervention (be) attractive to the people most at risk. I think having a vibrant vaping community network, through the distribution of vaping shops, is very important from a public health perspective”.

Colin Mendelsohn, an Associate Professor in the School of Public Health and Community Medicine at the University of NSW, echoed those feelings in the same article. “The reality is that many smokers are unable or unwilling to quit. We can't just sacrifice them," said Mendelsohn. He’s right and we hope that officials in Australia will eventually see the light.

In the meantime, we can be happy about another step forward here at home. England is clearly establishing herself as one of the leaders in the vapour movement, and it’s thrilling to be a part of it. Painstakingly, one country at a time, things will change for smokers. More smokers around the world will be given an opportunity with vapour, and that’s a good thing for everyone.