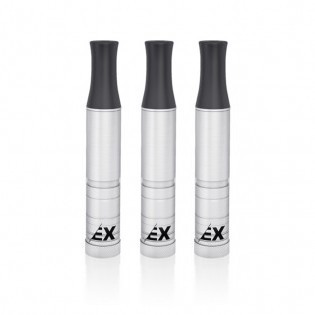 Have you heard of the term wax vaping yet? Did know that there is a Wax Cartridge option for the Vapour2 Standard and EX Batteries?

It might be something you’ve encountered while doing research for vape pens. It might also be a rather foreign concept. Who vapes wax, right? Why would anyone want to do that? Well, the reality is that it’s probably different than what you imagine from the name of it. If you’ve ever been curious as to what this phenomenon called wax vaping is, then you’ve come to the right place.

So, what is wax? Really, we are talking about concentrates. The most popular is cannabis concentrates, such as those created to take advantage of CBD, short for Cannabidiol. CBD is a component of cannabis that is primarily used to help people with various ailments. It doesn’t get you “high” – the THC in cannabis does that. When CBD or elements of other plant matter are concentrated down to an extreme amount, a thick substance is created. That’s what we call a "wax concentrate".

Often when you think of concentrates, oil will come to mind. That’s also something that can be vaped, but wax is even more concentrated than oil. In a way, you can think of wax as a really thick oil. The idea of vaping either oil or wax as concentrates has become really popular, because vaping allows people to extract what they want out of their plant matter without combustion. As we all know, vaping beats smoking for many reasons , so this would be one way to go about it.

Now, you could simply get some e-liquid that has a concentrate of your choice in it, or you can add it to e-liquid you already like. The reason people use oils or wax is because they aren’t diluting their intended vape compound into e-liquid. This means they can take less puffs to achieve the desired effect. A little bit of wax goes a long way, as they say.

Now that you understand what wax is and why people are fans of vaping it, you probably want to know what they vape it with. After all, if you’re using an electronic cigarette or similar vaping device, you’re probably not thinking of throwing wax in there. Which is a good thing. You should definitely not add wax to your e-liquid or put it directly in an empty cartomizer or tank. You could do some really damage to your vapour device if you choose to do this.

The right way to vape wax is to use a device that has a heating chamber that can handle it. Typically using conduction heating, the chamber containing a bit of wax is heated to around 175-200 Celsius, which is enough to vaporize the wax without burning anything. It’s actually quite difficult to burn wax anyway, so you can always play with your temperature levels a bit to see what produces the best results for you.

So while you shouldn’t throw wax into an empty cartridge or tank, you can use wax vape pens. It’s a commonly used term, but really it’s just another word for a vapour device that can handle wax. There are other devices that are also built to allow for you to vape wax, but a handheld and portable device is usually the easiest and most functional. If you’re intrigued by the idea of vaping wax, going out and getting a device that specifically and exclusively is meant for vaping wax may not be the best next step.

If you already own a Classic Battery or an EX Series Battery, you’ll be happy to know that you too can try wax already. The EX Blank Wax Cartridge cartridge delivers the perfect wax vaping experience, offering you incredible flexibility. The fact that you can use one device to vape e-liquid and wax is what makes it one of the most popular vape options on the market. Now that you know what wax vaping is, you can see that it really is quite simple, especially with the right wax device.