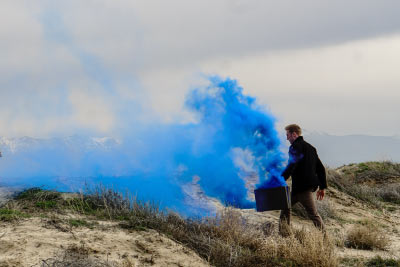 If you’ve been thinking about starting to vape to help you quit smoking, then there may be a few questions on your mind. What vaping dangers should you be aware of? Which vaporizer should you buy? Is vaping bad for you? What even is vaping? Let’s find out about a few key bits of information to help you get started on your way.

Vaping is the popular nicotine alternative that replicates smoking by using a device known as an e-cigarette or vaporizer and an accompanying flavoured e-liquid containing nicotine stored in either a prefilled cartridge or refillable tank. The e-cig or vaporizer will contain a rechargeable battery that powers an atomizer found in the cartridge and tank to slowly heat your e-liquid. It’s this process that forms the nicotine vapour ready to be inhaled as you would a traditional tobacco cigarette.

Is Vaping Bad For You?

However, e-cigarettes simply haven’t been around long enough for scientists to determine the long-term effects on our health, however, the evidence that vaping is less harmful than smoking tobacco cigarettes increases every day.

More recently, a team led by scientists from the Queen Mary University of London found that vaping is up to twice as effective as other nicotine alternatives such as patches and gums typically prescribed by doctors. It’s thought that this recent research may help encourage those doctors and other health professionals to start recommending e-cigarettes to patients seeking help to stop smoking.

Vaping is not necessarily dangerous, but making the wrong vaping choice could be. Deciding to quit smoking is the right choice, however, beware forgoing any kind of nicotine alternative and choosing to go cold turkey.

Depending on how much you smoke, the withdrawal process of nicotine and sugar from your body can be a tedious and frustrating process accompanied by headaches and irritability. Without having a nicotine alternative such as an e-cigarette to hand, you risk the temptation of succumbing to your cravings and opting for a cigarette when it all gets too much.

By vaping e-liquid you can start off on a nicotine strength you may already be familiar with, and then slowly over time, you'll be able to reduce the nicotine strength until you reach the desired 0% - making you both smoke and nicotine free.

Throughout the UK and EU, e-cigarettes, vaporizers and e-liquids must be compliant with the Tobacco Product Directive’s (TPD) regulations on what is fit for consumption. Manufacturers will use a variety of ingredients in order to produce the most appealing and tasty flavours, however not all manufacturers will play fair. Much like buying counterfeit cigarettes, counterfeit e-liquid that isn't regulated by the TPD may wreak havoc with your health.

Vapour2 publish all their ingredients online, to ensure that you're safe in the knowledge that what you’re vaping is regulated and safe to vape. E-cigarettes and vaporizers are available in a multitude of shapes, sizes, and price points, which can present a confusing landscape of choice. As you make the transition to non-smoker it’s important to keep things as simple as possible by opting for a basic cigalike device. All you’ll need is a fully charged battery and e-liquid cartridge to get vaping straight away.

Choosing a complicated device with variable functions, settings and movable parts could be potentially dangerous if you don’t know what you’re doing. Try and avoid such devices until you have understood the basics of vaping and feel ready to experiment further.

Starting off with the right equipment is key to successfully vaping and staying smoke-free. As we've previously mentioned, the trials and tribulations you'll encounter as you quit smoking mean that you should keep this process as simple as possible in the first instance.

The Vapour2 Starter Pack is a highly recommended device for first-time users and includes everything you need to get started including a rechargeable battery, express USB charger, as well as your choice of up to 6 flavoured e-liquid cartridges for you to try and taste.