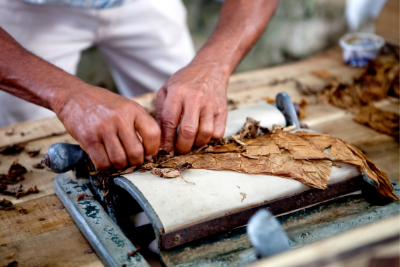 The reasons for being a vaper will largely be down to one’s desire to remove the harmful habit of smoking from their lives. Addicted to the high content of nicotine found in tobacco and subsequent experience of smoking, one such way to significantly reduce the risk of harm posed by the burning smoke of tobacco is by vaping.

Nicotine extracted from tobacco and used in e-liquid means that technically, vaping falls under the jurisdiction of Tobacco Products Directive (TPD). This means that e-liquid companies are limited in their ability to promote and market the less harmful impact on our health that vaping has, compared to smoking. One such alternative posed, that may free vaping from the shackles of tobacco is synthetic nicotine. But what is synthetic nicotine and is it safe?

The Difference between Tobacco derived Nicotine and Synthetic Nicotine


As you may or may not know, nicotine is the mildly stimulating molecule that we become addicted to when we smoke cigarettes. While high concentrations of nicotine can be found in tobacco (8 – 14%), the addictive alkaloid can also be found in some other unsuspecting items from the Nightshade family of plants, albeit at much lower levels. Common food items such as tomato, potato, green pepper, and aubergine, as well as the leaves of the coca plant all contain traces of nicotine within them.

Though it may be a common misconception, in small quantities, nicotine doesn’t present any untoward dangers to your health. It’s the burning of tobacco materials and the thousands of carcinogenic materials and carbon monoxide that is released into your body every time you smoke, that is the real killer.

While nicotine might be the thing that gets you hooked to smoking, there are safer ways to consume it. By switching from smoking to vaping, carbon monoxide and tar are eliminated from the equation. Available in a range of flavours, the great thing about vaping e-liquid is that you can pick and choose your strength of nicotine. If you typically smoke a strong cigarette or rolling tobacco, an e-liquid with a top-end nicotine strength of 1.8% will be a like-for-like experience. From then on, each time you need to replace your e-liquid, you can opt for a lower strength of 1.2%, followed by 0.6% and finally 0% nicotine-free.

When it comes to what goes in your e-cigarette, your e-liquid will typically contain pharmaceutical grade nicotine, also known as ‘freebase’ nicotine, that has been extracted from tobacco via a chemical process to distil a final product that is up to 99.9% pure. This nicotine is then combined with a liquid concentrate of propylene glycol (PG) and/or vegetable glycerin, as well as further flavourings that enhance the taste and experience of the vape itself.

What is Synthetic Nicotine?

Synthetic nicotine or ‘tobacco-free nicotine’ is a man-made replica of the traditional nicotine that is found tobacco, nicotine patches, nicotine gums and the majority of e-liquids. Produced in a laboratory, scientists can produce the nicotine molecule without the use of tobacco, thereby technically freeing e-liquid made with synthetic nicotine from rules and regulations set by the TPD.

Because pharmaceutical grade nicotine is extracted from tobacco, the final product is prone to the odd impurity that may have managed to make it through the extraction process, which can create a bad-tasting vape. Odourless and tasteless, synthetic nicotine has the same molecular structure and is made from the same chemicals as nicotine, but without any of the impurities that accompany tobacco.

While claimed to be purer than pharmaceutical grade nicotine, when it comes down to it, there is no real difference between synthetic nicotine and the traditional nicotine that we have become accustomed to, except that it is not derived from the tobacco plant. While there may be the case for improved taste, on the whole, synthetic nicotine is as safe as nicotine can be, it’s simply derived from an alternative source. For those looking to reduce nicotine levels overall, and cut their links with tobacco, this can be done gradually until you won't need it all and can vape nicotine free e-liquid until you're ready to give up vaping as a whole.