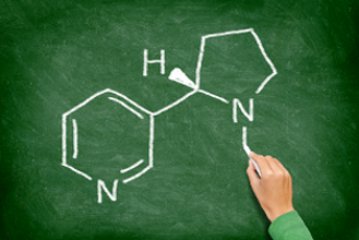 The Royal Society for Public Health (RSPH) is calling for public confusion over nicotine to be addressed as a way of encouraging smokers to use safer forms of the substance.Tobacco contains nicotine along with many other chemicals which may cause disease or cancer, but nicotine by itself is fairly harmless. Nicotine is harmful in tobacco cigarettes largely because it is combined with other damaging chemicals such as tar and arsenic, and as a highly addictive substance getting hooked on nicotine is one of the prime reasons why people become dependent on cigarettes. Electronic cigarettes and Nicotine Replacement Therapy (gum, lozenges, and patches) contain nicotine but don’t contain the harmful substances found in cigarettes.

Alarmingly RSPH research reveals that 90% of the public still regard nicotine itself as harmful and the organisation is now calling for measures to promote safer forms of nicotine products to smokers and make it harder to use tobacco. Among the measures which are being called for in its report: “Stopping smoking by using other sources of nicotine”:

Shirley Cramer CBE, Chief Executive of RSPH “Over 100,000 people die from smoking-related disease every year in the UK. While we have made good progress to reduce smoking rates, 1 in 5 of us still does. Most people smoke through habit and to get their nicotine hit. Clearly we would rather people didn’t smoke, but in line with NICE guidance on reducing the harm from tobacco, using safer forms of nicotine such as NRT and e-cigarettes are effective in helping people quit. Getting people onto nicotine rather than using tobacco would make a big difference to the public’s health – clearly there are issues in terms of having smokers addicted to nicotine, but this would move us on from having a serious and costly public health issue from smoking related disease to instead address the issue of addiction to a substance which in and of itself is not too dissimilar to caffeine addiction.”