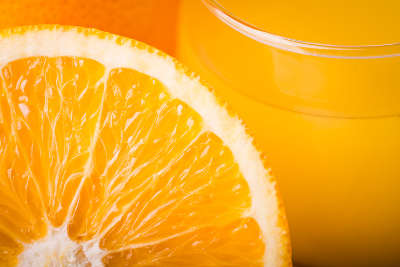 Not something you hear every day. With health-conscious folk looking for more convenient and efficient ways to consume and get the vitamins they need for their bodies to operate at an optimum, we look at the rise of vaping vitamins and what it even means.

For some, the need for an extra vitamin intake can seem negligible. For others, the demands of life, limited time and the desire to lead a healthy life, dictate that to get the vitamins you need to stay healthy, may require you to go that extra mile sometimes.

Vitamin supplements in pill-form have long been regarded as a formidable route to combat any deficiency in one’s nutriment. Indeed, by way of the intravenous shot, vitamins such as B12 have been seen as beneficial to those who require that extra boost of said vitamin from time to time. But what of vaping vitamins? Is it beneficial or just another journeyman hopping aboard the bandwagon of an ever booming industry?

E-cigarettes were initially developed to provide an alternative way for smokers to get the nicotine hit that they needed as per their tobacco cigarette habit, as well as aiding and assisting one’s withdrawal from smoking altogether. A report published by Public Health England in 2015 concluded that e-cigarettes and vaping were up to 95% less harmful than tobacco and that they had the potential to help smokers quit. But all that research, development and review is to do with nicotine rather than vitamins.

Is Vaping Vitamins Just a Fad?

Vaping vitamins aren’t as new as you may think. Since 2013, various companies have proffered a variety of vitamin-based devices similar to e-cigarettes. Designed to provide users with a vitamin hit by way of vapour, heated by an atomiser as per the normal function of an e-cigarette device, vitamins are then absorbed when inhaled. Might sound like a good idea to get your daily quota of vitamins, but the reality is that the vitamin content you consume will probably not be the same as the content labelled. This is because the cloud of vapour that you exhale when you vape will contain a large portion of what you would rather be providing your body with, therefore rapidly diminishing your intake.

Little research has been carried out as to the impact of heating and vaping vitamins and what that might do to your body. Until that time we would err on the side of caution when it comes to vaping vitamins.

The reality is that since e-cigarettes and vaping exploded onto the market, all sorts of alternative e-liquids that have nothing to do with nicotine have appeared. From caffeine to soft drinks, the industry is a far cry from the one that started out to stop the lethal habit of smoking.

Stick to Your Five a Day

Getting the nourishment and nutrition we need on a daily basis can be a strenuous task, to say the least. The pressure of fulfilling your five-a-day quota of fruit and vegetables can seem like an overwhelming feat to overcome at times. Fresh, natural and organic food seems the more sensible of solutions to negate your vitamin deficiency and whilst time and money could prove a stumbling block, we think it’s best to stick with it, become one with your kitchen and keep it healthy.