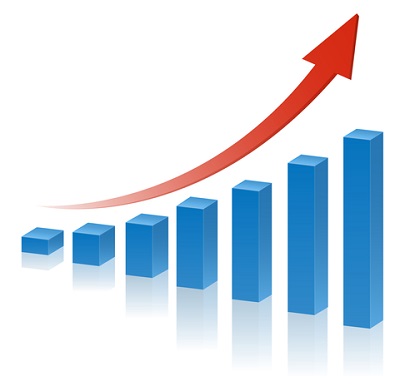 It has been another incredible year of growth for vaping devices and the e liquid market in the UK and worldwide. As we begin putting the final touches on 2016, we can see just how influential this year has been by looking back at the vaping trends, research and news . There were a lot of all of those this year and there is bound to be even more in 2017. It’s been a good year for vapour overall, but it feels like we are just getting started.

That feeling is most likely rooted in all the potential that the vaping market still has to unleash. While the vapour industry isn’t so fresh on the scene any longer, it is still very young relative to other industries of a similar size. Not to mention that it’s basically an infant compared to the tobacco industry. We’ve seen firsthand the amount of growth that vapour has built in the past few years, but it still feels like it’s just the tip of the iceberg for this quickly maturing technology. Apparently, we aren’t alone in feeling this way.

The market intelligence firm Beige has released their new analysis on the industry and a prognosis. The report itself is called Global Vape Market (e-Cigarette and Vaporizer) – Strategic Assessment and Forecast – Till 2021. While it finds that 2014 was a huge turning point in the vapour industry (we can’t disagree there), it also sees an immense amount of growth in the coming five years (yet another point we agree on). The firm has placed the monetary value for the vapour market in the UK at £913 million as of last year. Yet, they anticipate further growth in the next five years that will raise the market value to a full £4.46 billion by 2021.

That type of growth is indicative of the true power of vapour and how it is being embraced, both in the UK and around the world. Globally the market for vapour stands at £17-£19 billion, with an estimate that the figure will rise to at least £25 billion by 2021. It isn’t just the UK that has been feeling this growth, as huge markets for vapour have already developed in America and Canada.

According to the UK Vaping Industry Association ( UKVIA) retail sales are valued at approximately £600 million. The online publication points to the “the positive influence of public health bodies” that have helped the market. They also quote a UKVIA spokesperson saying, "With a wide recognition that smokers want alternative products, we believe that there is an opportunity and demand that vaping products can meet."

Vapour device manufacturers everywhere are feeling the demand, as more smokers have looked to make the switch to e cigs. Yet they aren’t just clamouring for vapour products – the educated consumer is after quality too. They understand that cheaply made products are ineffective if not downright dangerous, and thus the demand has risen for quality brand name products.

This is also why we have seen a great push for innovation, certainly among the bigger brands. Any self-respecting vapour brand will be hard at work bettering their products because they know that the new generation of vaping enthusiasts will be choosing based on quality.

With our premium product line, V2 is well positioned to capture an increasingly larger share of this growing market. More importantly, we’ll be there to help those who truly could use the lifestyle changing benefits that V2 vapour products provide. The market is rising quickly, and that’s a wonderful thing for vaping fans in the UK and around the globe.