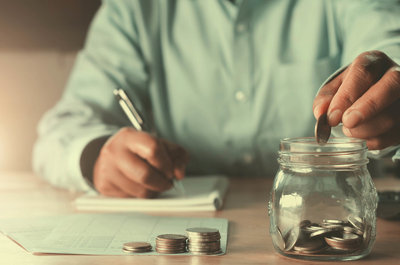 As the number crunchers of Whitehall work out how to foot a bill of some £20 billion as promised to the NHS by the Treasury, reports in the tabloid press tell us that those from within, are working on an increase in ‘sin taxes’ to be included when the new budget is announced this autumn. Will vaping be included and how will it affect you?

Since the first days of vaping and the selling of vape-associated products, customers in the UK have enjoyed purchasing their products without the hindrance of added taxes as opposed to the likes of alcohol and tobacco. So why now?

Politics. It’s a tough one. Governments need money to do all the things they say they are going to do when a political party seeks to take control or retain the leadership of the country. One such service that evokes public opinion and that, of course, are in much need of some assistance, is our beloved NHS. Naturally as the Government seek to fill a fairly substantial shortfall in the coffers, the money-men search high and low as to where to find such funds and to announce such as findings via ‘the budget’.

As you might expect, we pay tax on a whole host of everyday items. VAT is applied to almost all good and services, with a few ‘reduced rate’ exceptions such as energy saving appliances for the home and children’s car seats, whilst ‘zero rates’ are applied to most food items and children’s clothes. We then pay further duty taxes on thing such as insurance, alcohol, tobacco, flights, gambling, and fuel.

Tobacco is a notable mention, for as we all know, smoking is not okay and is not good for your health. We know this, you know this, and the government knows this, which is why such hefty tax duties are imposed on the product. However, as we, of course, exist within a world economy and tobacco is an infamously addictive substance, the Government has tended to make some pretty tidy sums of money that have been beneficial to the budget. Unfortunately, the tobacco industry seems to be in no sign of diminishing, therefore the government’s duty tax isn’t necessarily dwindling, so why throw e-cigarettes and vaping into the mix?

Declared by Public Health England to be up to 95% less damaging than smoking cigarettes, it is claimed that vaping has helped up to 3 million people kick the habit. You may be forgiven for thinking that by saving the NHS billions of pounds by reducing the numbers of smokers and therefore treatments for smokers’ health, that perhaps the vaping industry may be encouraged to further help our population live smoke-free lives.

It is suggested that imposing a ‘sin tax’ of 5% on vaping, would potentially raise £40 million to contribute to the Treasury’s pledge of £20 billion to the NHS. For people who may spend something like £275 a year on vaping, you would expect to pay £13.75 extra in tax.

The UK Vaping Industry Association (UKVIA) have expectedly responded to the claims by writing to the Treasury to state their claim for exemption. A spokesperson UKVIA said, “Imposing a ‘sin tax’ on vaping is counterintuitive to the government’s mission to reduce smokers in the UK and lessen the burden for the NHS. Vaping is a huge public health opportunity which has already helped three million smokers quit or reduce smoking and saved the NHS billions of pounds according to the Government’s own research. For the Treasury to impose yet another tax on vaping, not only wouldn’t make sense, but it would be detrimental to the NHS and public health in the UK.”

The Treasury is yet to respond and as such we wait for the autumn budget with baited breath. Watch this space.