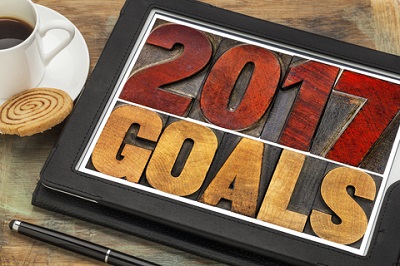 We’re about to wrap up 2016 and usher in a new year. A year full of hope and promise. A year that can see everyone take another step toward their goals, whatever they may be. We know that you’ve been hearing this everywhere. It is that time of year after all. A lot of people are putting aside their cynicism and embracing optimism, if even for just a short while. It is well past time where that Christmas grinch has gone away.

It’s sappy, but that’s what this season brings out in us. For some, the end of the year could be a bit depressing too. It’s a reflection of everything that they’ve done in the past 365 days and maybe they don’t like what they see. Surely there are a lot of things that we start out the year trying to achieve, and we don’t always get to them. We’ll look back and see failures. We’ll also see successes. The truth is that we’ve probably got a mixture of the two and, depending on how we’re feeling, we’ll see one more than the other.

We also know from experience that there will be millions of smokers around the world who will be making yet another New Year’s resolution. There’s a chance that they’ve already made this resolution last year and here they stand, a year later, not fully accomplishing their goal. Making the switch away from tobacco cigarettes has been a very difficult thing. That’s why millions of people still smoke, and millions will try again to do something about it this year.

Switching to Vapour in 2017 is Easy

The thing about vapour is that it really does make it easy to switch. This isn’t some crazy idea that you read out of a book. It’s not some magic potion or pill that claims all you need to do is ingest it once, and you’ll be free. We already know those things don’t work. They promise a lot, but they end up being a lot harder than anyone tells you. Switching to vapour really is that easy and you can do it this year.

Using a premium V2 starter kit to get going, you’ll have everything you need to begin. It’ll feel very similar to you from the outset, except it will end up feeling a great deal differently in the long run, and in the best way possible. The flavours you can choose from are plentiful, and you’ll surely find several that fit your taste buds. Plus, this is vapour, so you won’t get that smell you are used to (and the same one that you will quickly come to dislike).

You can start there and you can move up to the V2 Pro Series for even more. We mean more vapour and more control over what you are vaping. You don’t have to go anywhere to try different types of vaping devices, because we have it all. That’s the idea, too. We want to make it easy for you to switch with a full line of assorted premium vaping products.

For a lot of people, simply picking up a V2 device for the first time and taking in that long drag of vapour makes them understand right away. This is different. This is an option unlike anything you’ve tried before and it opens a door that you may have already closed. Now is the time to give yourself that chance and to make that New Year’s resolution. 2017 is the year you can make the switch to vapour, and we’re here for you every step of the way.