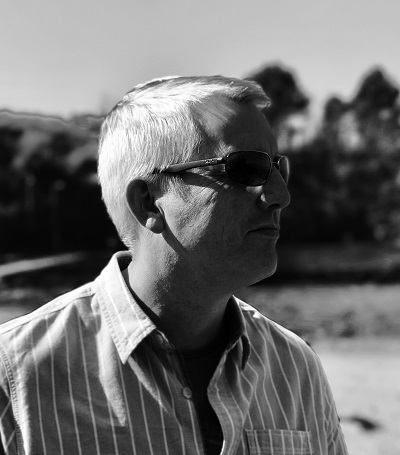 We’re here today with a special guest on the V2 Cigs blog: vaper Gary Brereton who has been an engaged member of the V2 Cigs vaping community for over eighteen months. Gary kindly agreed to share his vaping journey with our blog readers and also impart some of the vaping wisdom he’s picked up over the months!

Tell us a bit about your journey from smoking to switching to vaping, did you try any other methods or brands before discovering V2 Cigs?

After 40 years of smoking I tried various methods over a few years: in fact everything from hypnosis to patches, to gum to cold turkey; I failed in an epic manner every time. I even had regular meetings and workshops with an NHS smoking cessation nurse, everything failed. Simply put, I lacked the will, the way was there but nothing worked for me until I discovered vaping.

My wife is a non-smoker and she wants me to make old bones so I promised her I would try harder. She did not nag, it’s not in her nature, she encouraged as she simply wants us to grow old together. My lovely father passed away in August 2016 and he had many smoking-related ailments, he was a cancer survivor for over 14 years, previously he had suffered other health issues, largely brought about by a lifetime of smoking. Later he suffered heart attacks, COPD, and a new cancer that finally took him at age 82. His death had a very profound effect on me, I became determined to quit regular smoking; at this point I had been vaping 8 months, if there was a time I would fail this could have been it quite easily, but with dogged determination I resisted, to my credit.

Once I began vaping I was able to leave off the regular cigarettes, in the early days it was not easy but the e cig became my crutch and early on I felt that this was the best method that had presented itself to me for quitting regular cigs, together with a good dollop of will-power.

At first I tried the very basic e cig with the Perspex cartomiser and basic tobacco flavour e liquid, but it seemed that the cotton quickly became bad tasting, and would then suddenly die. I decided to try higher quality ones from V2 Cigs and another supplier, these were much better and I got into the way of it, the cravings for regular cigs were very much there so I had to apply will-power as well.

At this point I was also experimenting with mods and other devices from various manufacturers Basically, I was bitten by the vaping bug, and I liked it.

How did you discover V2 Cigs?

I discovered V2 Cigs by chance during a web search when looking for better quality cartomisers, the V2 Cigs ones seemed to be great quality and lasted longer than previous ones I had used.

What are your favourite products from the range, and what were the key products that helped you switch to vaping?

My fave products from V2 Cigs would be their e liquids, in particular the USA Red and the Vanilla. This combination became my stable all day vape when I first gave up regular cigarettes. The quality is excellent, delivery is fast, and the price is good: a winning combination for me.

Did you find the vaping community a supportive place to keep you motivated throughout your journey?

I began messaging V2 Cigs through Facebook on a daily basis and I always got a reply, the support and encouragement was perfect, something you simply could not buy. This went on for weeks and months, it was great to have an encouraging supporter a few clicks away, her name is Carly and she is a gem, goes the extra mile and I am very grateful for her support. Even through the period when I lost my father I never gave up the struggle.

What would your biggest dos and don’ts be to those who are looking to make the switch to vaping?

Don’t expect cravings for regular cigarettes to vanish right away

Don’t listen to negativity about vaping

Don’t try to go low nicotine at first, keep it high, it’s not bad for you in itself

Do spend more money on quality kit and juice, it will never be as expensive as regular smoking so don’t scrimp

Finally, what is your dream e-liquid flavour that isn’t currently available to buy?

US Red mixed with a touch of Vanilla; currently I mix my own.

We want to say a huge thank you to Gary for stopping by our blog today and sharing his vaping journey with us, as well as some helpful tips and tricks that we recommend all vapers pay attention too - we’ve been following Gary’s journey from the outset and he’s definitely one of the most knowledgeable members of our community!