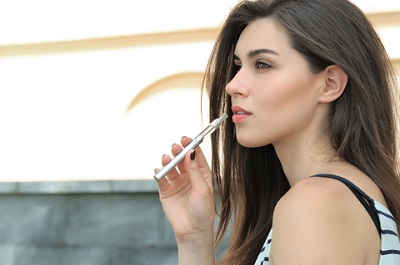 This is one we saw coming, but it never hurts to get some actual data to back what you believe is true. In this case, we’re talking about what regulations over vapour are doing to smokers. More specifically, we know that certain countries have imposed rather restrictive laws on vapour devices, while others have been more lenient and open minded about vapour. This gap in both viewpoints and the results of those differing perspectives shed light on how vapour can impact smokers.

Case in point here is a new study where researchers analysed data from the International Tobacco Control Four Country Survey. This survey spanned from the year 2010 to 2014 and included more than 1,700 smokers across Australia, Canada, the United States, and the United Kingdom. These countries weren’t chosen at random either. They were chosen because of their very different stances in terms of regulating vapour products for their public.

On the one hand, you had Australia and Canada, which through those years enacted more stifling laws pertaining to vapour products. These regulations on the types of devices that could be sold, where they could be used, as well as other aspects of vapour in society were all much harsher than those in the United States and the United Kingdom.

The question they were trying to get at is how smokers react in countries where vapour is allowed and even encouraged, like here, as opposed to countries where they are not. If the point of vapour is to offer a real alternative to tobacco cigarettes, then how exactly do smokers cope when their access to it is restricted or forbidden? Do they find other alternatives that were already on the market before electronic cigarettes and other vapour products became popular, or do they simply stick to their regular habits?

If this study tells us anything, it’s that we should free the vapour as much as possible. In the countries where vapour use was seen in a friendly light (the U.S. and U.K.) there was a reported 73% rise in smokers attempting and sustaining a switch to vapour. On the flip side, in countries that made like difficult for smokers (Australia and Canada), only 32% of were attempting and sustaining that switch. Clearly there is a big difference on smokers and their ability to make this huge lifestyle change, and the major factor is how vapour friendly their environment is.

This is exactly the point that Dr. Hua-Hie Yong of the Cancer Council Victoria makes as well. In a press release reported on here, Dr. Yong stated, "The benefits of ECs [electronic cigarettes] for smoking cessation may be limited to those who reside in an environment where there are few restrictions on the retail sale and marketing of ECs." This much is clear now, as an open environment for vapour appears crucial to helping smokers.

It is, of course, important to have some regulations in place. We know that a good vapour device is also one that has been tested properly and is of a high manufacturing quality. With the endless cheap e-cigarettes out there that are dangerous, nobody is saying that there should be no regulation. It’s also a point Dr. Yong made in the same press release. "Developing an appropriate regulatory framework for ECs should be a priority so that the benefit of ECs for smoking cessation can be realized,” said Dr. Yong.

This is obviously a delicate balance that must be reached, so that only good can come out of this vapour movement. Yet, if we are looking at the big picture, right now it is important for countries such as Australia and Canada to understand how much vapour can help their citizen who do smoke. Their regulations are hurting them right now, and that leads to a great deal of unnecessary suffering. We’re thankful that things are different here in the United Kingdom, where smokers have choices. With the approach we have, smokers are finding that they can make that switch to vapour and change their lives in a sustainable manner.