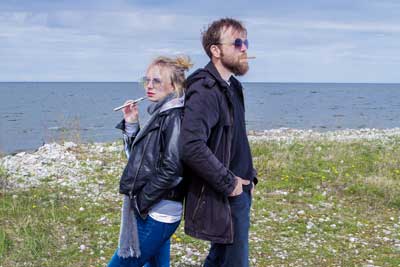 Whether you’re smoking blindly and obliviously to the harm you cause to your health every time you smoke, or are simply in denial about the damage that’s being done to your body when you light up - if you’re one of some seven million smokers in the UK, staunchly sticking to your ritual of lighting up, then a new experiment conducted by Public Health England (PHE) may well provide you with an altogether alternative point of view when it comes to the quite catastrophic consequences your body faces if you choose to continue to smoke.

The Harm To Your Health From Cigarette Smoke

If you’re reading this blog, it is more than likely that you already vape and have the kicked the habit, however, you may still be having the odd cigarette or two and it’s also more than feasible that you may be acquainted with smokers within your circle of friends. If those smokers you know still think the difference between smoking and vaping is negligible then a new film published by Public Health England (PHE) as part of their Health Harms campaign should go some way to convincing them otherwise. The video denotes the truly ghastly and disastrous consequences that cigarette smoke may have on our bodies compared to the vapour released by e cigarettes.

Vaping Much Less Harmful Than Smoking

The experiment conducted by Dr Lion Shahab and Dr Rosemary Leonard simulates a month’s worth of cigarettes smoke compared to that of the equivalent e cigarette vapour. Tar laden cotton wool buds, clad with the sticky black residue left by the smoke of the cigarette is the kind of visually startling evidence that serves as a stark reminder to all, that every time we light up we subject our bodies to thousands of cancer-causing chemicals that are simply not fit for consumption.

By contrast, the cotton wool buds that are met with e cigarette vapour are seemingly unaffected except for some light residue.

The astonishing visual evidence at hand supports PHE’s declaration in 2015 that e cigarettes are up to 95% less harmful than smoking tobacco and that they have the potential to help smokers quit.

“The false belief that vaping is as harmful as smoking could be preventing thousands of smokers from switching to e cigarettes to help them quit. I hope this illustrative experiment helps people see the huge damage caused by smoking that could be avoided by switching to an e cigarette.”

Myths and hearsay surrounding e cigarettes can often provide easy fodder for traditional smokers’ dissuasions to kick their harmful habits. Obstinate and cantankerous in the face of new fandangled technologies, the myths and rumours that surround vaping and e cigarettes can at times be the kind of outlandish yarns associated with the most fervent of conspiracy theorists that only lead to fewer smokers quitting and realising the benefits of vaping.

It is estimated that there are in excess of 2.5 million vapers in the UK who have used e cigarettes to quit tobacco and successfully remain smoke free, yet 44% of smokers still believe that vaping is bad for you.

“It would be tragic if thousands of smokers who could quit with the help of an e cigarette are being put off due to false fears about safety. We need to reassure smokers that switching to an e cigarette would be much less harmful than smoking. This demonstration highlights the devastating harms caused by every cigarette and helps people see that vaping is likely to pose only a fraction of the risk.”

If you know a smoker who has doubts about e cigs why not show them the PHE video and help someone to stop smoking and start vaping.