Are you a smoker attempting to quit?

Well, there’s plenty of you out there, as our new survey has revealed. Out of the 5 million smokers across the UK, two thirds have attempted to quit over the past year. This Stoptober one million smokers in the UK are trying to break the habit.

However, not everyone’s attempt to quit smoking has been successful or long term as over half of the respondents claimed a lack of willpower was their biggest hinderance when putting an end to their smoking habit.

A fifth of smokers find quitting so difficult that they can’t go a month without a cigarette, whilst six percent of smokers claimed that they didn’t need to quit as they only smoke on a social basis.

One in five Brits have been successful staying smoke free, whilst many are attempting Stoptober this year as it’s been behind a million UK smokers quitting to date. 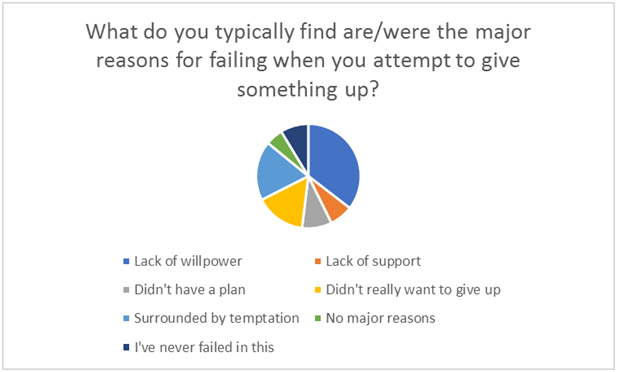 Health is the major factor behind a whopping 61% smokers wanting to curb the habit, whilst 13% quit to save the pennies. Shockingly, a measly 5% have put down their cigarettes due to being affected by a smoke related illness.

Brits have different ways of tackling the habit, one of the most popular solutions being the cold turkey route for a third of smokers. Two fifths use an alternative to help them kick the habit, whilst a further fifth turn to a friend for help.

Quitting smoking can be successful for Brits, even if they don’t end up giving up for good. A third of smokers have been able to cut their intake down by three quarters by using alternatives such as vape pens.

In fact, according to Action on Smoking and Health, the number of vapers has quadrupled in the last five years as they’re a safer alternative as they contain fewer cancer-causing chemicals.

Despite smoking being Brits most filthy habit, there are many other bad habits that Brits should be concerned about.

Our survey further revealed that shockingly, just under two thirds of Brits drink alcohol once a week.

However, there are lesser habits that many Brits are unable to control, with 38% confessing to biting their nails, whilst a tenth are guilty of sucking their thumb!

Over two thirds admitted that they were unable to put an end to their bad habits due to a lack of sleep.

Kicking bad habits however has changed some people’s dedication to health and physical fitness with jogging, meditation and dieting being a good alternative for 59% of Brits. 53% turn to the gym to distract them from their bad habits.

Despite many Brits succumbing to their unsavoury habits, it’s evident that many are looking to make a change. For those looking to quit smoking beyond Stoptober we recommend the purchase of an E-Cigarette to help you put an end to your cravings.