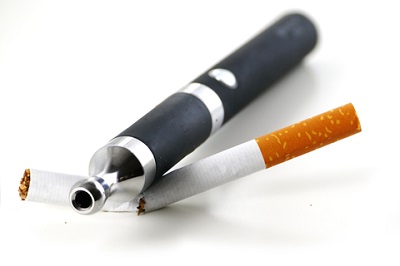 For as long as anyone can remember, tobacco companies have been trying to convince the public that they are not the boogieman. A century ago, this was no hard feat. Nobody knew about the dangers of smoking tobacco cigarettes back then, and so it was commonplace to pick up a pipe after dinner or roll oneself a cigarette. Things became a lot more difficult for the tobacco industry in the following decades, as the true menace that is cigarette smoking became apparent to all.

The fact that so-called “Big Tobacco” fought tooth and nail against having their product labeled as “dangerous” makes the recent turn of events all that more interesting. As this very mature and established industry has fought to stay alive selling a product everyone knows leads to life threatening diseases, nobody could see a future of abandoning tobacco cigarettes. Yet now it appears we stand at the precipice of exactly that, at least according to statements made recently by Philip Morris International’s CEO Andre Calantzopoulos.

His remarks in an interview on Radio 4 seemed to come out of nowhere. "I believe there will come a moment in time where I would say we have sufficient adoption of these alternative products...to start envisaging, together with governments, a phase-out period for cigarettes” said the CEO. Wow. Pretty remarkable coming from someone so high up in the tobacco industry to see a future without the very products that bring in the vast majority of their profits.

Perhaps the even bigger shock was that Mr. Calantzopoulos wasn’t just making this statement as an observation – he is actually rooting for it to happen. "I hope this time will come soon," Calantzopoulos added as he spoke at length about the topic. For Philip Morris International to essentially tell us, as well as their stockholders, that they see an end to tobacco cigarettes, and that they are hoping that time comes soon, goes to show you just how far things have come for vapour.

Vapour Ready to Take Over

That’s because Andre Calantzopoulos didn’t make these statements in a vacuum. Nobody that high up in that big of a company makes statements from the hip. No, he knew exactly what he was saying and exactly why he was saying it. Executives in all tobacco companies can see the writing on the wall, and this is something they have been watching closely for almost a decade. Vapour is ready to take over, and its time is coming.

The surprise here is how forthright Philip Morris International’s CEO was with the public. Although even that shouldn’t come as too big a surprise, as his company is starting to make their own push into vapour devices. Now that long established companies, with V2 Cigs being one of them, have blazed a trail, tobacco companies are trying to catch up. They have no choice but to try, as vapour is becoming an alternative that millions of have taken up, and millions more will.

This isn’t happening because tobacco companies are starting to change course out of the goodness of their hearts. They’re doing it because that’s where the profits are headed. That’s what consumers are crying out for. They’ve seen what vapour can do as an alternative and they have embraced it globally. They may have tried to ignore it at first, and then fight it later, but now they have joined the movement. They really weren’t left with much of a choice. It is alo clear that vaping is more effective than nicotine patches or gums.

For those who have fought to see vapour devices reach people who were looking to make a change in their life, this is a welcome turn of events. It’s something we knew would come in time, and now we’re beginning to see how truly monumental that shift toward vapour is. The end of cigarettes is in sight and everyone can see that now. It’s a proud moment for vapour, and it adds even more incentive to keep innovating and to keep creating new vapour products for smokers to help them on the journey away from smoking.