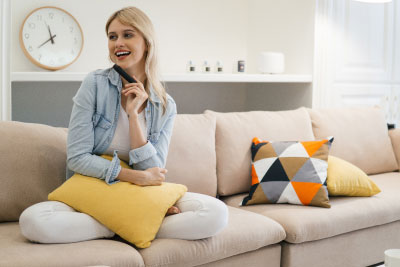 This month, the Office for National Statistics (ONS) published their latest results on the smoking habits of adults in the UK. Significantly and encouragingly for the sake of our nation's health, as the number of tobacco smokers continues to decline, the number of adults using e-cigarettes continues to increase. Let’s take a look at some of the key details of the report and find out how many adults are vaping e-cigs to help them stop smoking.

The report published by ONS states that within the adult population of Great Britain a total of 6.3% of people vape compared to in 2014 when just 3.7% of the population vaped. A significant rise, it’s interesting to point out that of the 6.3% of vapers, a higher number of men (7.7%) admitted to vaping compared with women (5%).

Equating to approximate 3.2 million vapes – though this figure could be anywhere between 2.8 - 3.6 million), the 6.3% of the population who do vape are typically considered to be key contributing factors to the decrease in smokers over the years. With 51.5% of respondents taking part in the nationwide survey said that they vape as a way to stop smoking, if smokers continuing to see e-cigs as a viable way to stop smoking, a smoke-free future suddenly looks like a real possibility.

While the current UK smoking population sits at around 7.2 million people (14.4%), there has been a steady decline of more than 5% since 2011 where just under 20% of the UK’s adults smoked. In 25 years or so, smoking could well be a thing of the past.

The Consequences of Smoking

It’s no surprise that the consequences of continuing to smoke can be catastrophic for both you and your nearest and dearest. In 2017 it was estimated that smoking contributed to 77,800 smoking-related deaths. While this figure may have slowly reduced in recent years, the number still represents 16% of all deaths in the UK.

The Experts Say E-Cigs Are Safer Than Smoking

In 2015, Public Health England (PHE) published independent research that announced e-cigarettes to be up to 95% less harmful than smoking tobacco. Posing a significantly reduced danger to our health, the report also suggested that vaping had the potential for smokers to be able to attain the sought after smoke-free status.

Since 2015, evidence for e-cigarettes providing significant aid to those quitting tobacco has only become greater. A further review published by PHE suggests that e-cigarettes may be helping up to 20,000 smokers become smoke-free every year. Additionally, earlier this year, researchers from the Queen Mary University of London found that vaping proved to be almost twice as effective when compared to traditional stop smoking treatments such as nicotine patches and gums.

If you or someone you know is still smoking, why not try e-cigs to help you quit? A simple starter kit is all you need to get going. Whether you’re after a simple but effective e-cigarette or are keen on trying a more powerful vape pod suitable for those who smoke strong cigarettes - there are some great options for fuss-free vaping suitable for both beginners and more experienced vapers alike. Kits come complete with everything you need to vape straight away including, your device and your all-important e-juice containing nicotine to help curb any craving for cigarettes.