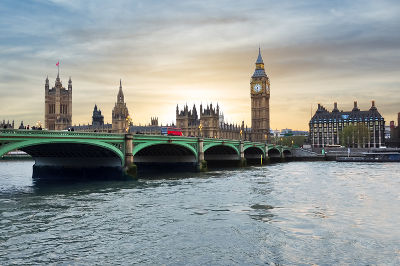 The differences between smoking and vaping in public places are set for a welcome review. Last week, the Government’s Sciences and Technology Committee has released a report stating that rules on e-cigarettes and vaping should be relaxed in order for society to be more accepting, and for smokers to feel more confident about ditching the cigarettes and switching to vaping.

Lawmaking is an age-old battle of ‘he said-she said’ nonsense most of the time. We learn something new every day and what can once seem like a bad idea can turn out to be a pretty good idea in the future. Of course, the opposite is true too - when tobacco was first discovered, your doctor may have recommended cigarettes as a remedy to cure a sore throat. Well, what do you know? It turns out tobacco’s a bit of a killer with up to 79,000 smoking-related deaths reported by the NHS in 2017. Go figure.

Recently agreed by parliamentarians at the All-Party Parliamentary Group for E-Cigarettes, that vaping laws and regulations are ripe for change, today’s report from MP’s comes as welcome news for the ‘way’ and ‘where’ we may be able to vape in the future.

“Smoking remains a national health crisis and the Government should be considering innovative ways of reducing the smoking rate. E-cigarettes are less harmful than conventional cigarettes, but current policy and regulations do not sufficiently reflect this and businesses, transport providers and public places should stop viewing conventional and e-cigarettes as one and the same. There is no public health rationale for doing so.

Whether or not these recommendations will be agreed upon or not remains to be seen and of course, as with all innovation and change, there will more than likely be the odd parliamentarian who’s not so pragmatic. Watch this space.

Let’s take a quick look at what’s been recommended and what we might come to know as the future of vaping.

To encourage a wider debate on how e-cigarettes are used in public spaces, such as public transport and workplaces, and to find a solution based on evidence rather than a misconception.

Review the limit on strength of re-fillable e-liquids, as current limitations may discourage heavy smokers.

Existing tank size limitations are in urgent review as restrictions don’t seem to be based on scientific evidence.

The Government, MHRA (Medicines and Healthcare products Regulatory Agency) and the e-cigarette industry, should continue to review the health effects of vaping as well as to additionally review the use of heat-not-burn products. This evidence should then be made publicly available online.

Advertising restrictions should be lifted to enable companies to be able to inform the public of the relative health benefits compared to smoking cigarettes.

Relief on tax-duty to reflect the relative health benefits associated with e-cigarettes and vaping.

Mental health units and prisons should allow the use of e-cigarettes on premises unless trusts can present demonstrative evidence based on reasons for not doing so.

To review the current ban on the orally ingested tobacco product snus, in order to move towards a more risk-aware regulatory framework for tobacco and nicotine products.