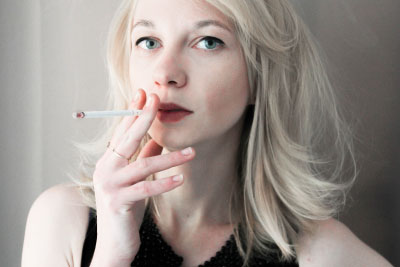 Derbyshire County Council has recently taken the move to launch an open consultation to discuss increasing the number of smoke-free zones across the county. What does this mean for smokers and will vaping fall foul to the same kind of scrutiny that cigarettes are subjected to? Let’s find out more.

It’s no secret that smoking kills. Responsible for 16% of adult fatalities in the UK, smoking-related diseases have taken a continuous toll on our health and healthcare systems for far too long. In an effort to free passers-by and children from the dangers of secondhand smoke. Derbyshire County Council has taken the welcome move to increase the number of smoke-free zones within the county.

“Smoking is still one of the leading causes of preventable death in the country.

“We’re doing all we can to support people who want to quit as well as protect resident’s health from the effects of second hand smoke.”


When you smoke a cigarette, it’s a relatively small amounts of the smoke that you actually inhale. Expectedly, the rest of the smoke is dispersed into your immediate vicinity. If you’re smoking in the house or car, the toxic smoke made up of lethal carcinogens and cancer-causing substances linger for up to 3 hours making it a pretty nasty place to be. Children who are exposed to such secondhand smoke are more likely to develop conditions such as, asthma, chest infections, meningitis, ear infections, coughs and colds.

Aiming to improve the health of innocent passers’ by, proposed smoke-free spaces mooted by the council include;

If you’re a resident of Derbyshire or have some kind of connection to the county, then why not have your say on the future of smoke-free spaces? The consultation is open until Monday 29th July and survey can be completed online.

How Using E-Cigarettes Can Help You Stop Smoking

If you are a smoker and feel somewhat disgruntled about the limitations proposed for where you can and can’t smoke, there is, of course, a fairly straightforward answer to your woes. Quit smoking. Rather than put your body under undue stress by going cold turkey, e-cigs are a great support tool to quit and are proving to be a popular method for those seeking to become smoke-free.

In 2015 Public Health England published a groundbreaking independent report citing e-cigarettes to be an astonishing 95% safer than smoking and that vaping even has the potential to help smokers become smoke-free. More recently, Queen Mary’s University of London published a study indicating e-cigs to be near to twice as effective as other nicotine replacements such patches and gums, which can help smokers curb their habits.

We know that vaping isn’t smoking and that the vapour produced from an e-cig is not as harmful as tobacco smoke, however, the unfortunate reality is that in most cases, designated vaping spaces will often be the same as the designated smoking area. If vapers are essentially trying to become smoke-free and avoid the temptation of cigarettes, is it really advisable for vapers and smokers to share the same space?

Whilst an All-Part parliamentary Group for vaping, together with various vaping industry bodies are lobbying and campaigning for separate regulations and differentiation from the restrictive tobacco regulations, there may be a brighter future for vapers on the horizon. While we welcome the call for further smoke-free spaces, designated vaping spaces could enhance and encourage a truly smoke-free future for all.