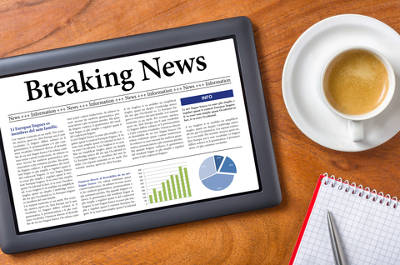 December is here already, can you believe it? In just a few weeks we’ll be celebrating Christmas, New Year and then, somehow, 2018 will arrive!

Earlier in the year we shared the biggest vaping stories from January-June but in today’s post we’re taking stock of the whole of 2017 to remind you of some of the hardest hitting headlines from the world of vaping.

It’s been an interesting year, with the introduction of the TPD in May garnering plenty of attention and vaping’s debut inclusion in October’s Stoptober campaign sparking some exciting discussions amongst MPs about how the government should get behind vaping.

Vaping Does not Renormalise Smoking

2017 kicked off with this study from the Centre of Substance Use Research that, once again, dismantled the claim that vaping could renormalise smoking. Perhaps in 2018 the numerous studies that have proved vaping is not a gateway to smoking will finally put the issue to rest?

The UK Gains a Vaper Every Four Minutes

You only have to walk down a high street in the UK to see how many people have made the switch to vaping, and the number is continuing to grow. This story from February discussed how somebody switches to vaping every four minutes in the UK, as well as the UK having the second largest market for vape products in the world.

The UK Government References Vaping in the Tobacco Control Plan

In a bid to create a ‘smokefree generation’ in the coming years, the UK government’s latest Tobacco Control Plan suggests that vaping should be allowed in offices and enclosed public spaces, as a result of the overwhelming evidence that vaping is a valid harm reduction method. 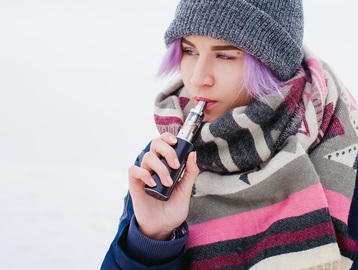 This was a particularly interesting one that we actually covered here on this very blog. Stories have been floating around about ‘passive’ vaping for a while, despite many studies proving that this doesn’t exist. However, we hope the latest research study, the published Evaluation of Chemical Exposures at a Vape Shop will settle this once and for all.

We’re huge supporters of Stoptober and are always thrilled to provide support for anybody out there looking to reduce their tobacco intake, which is why we were so pleased to see vaping featured as part of this year’s campaign.

Even more exciting? This year’s Stoptober has been deemed one of the most successful ever!

Of course it’s easy for us to say we think the government should do more to highlight the harm reduction benefits of vaping but when the endorsement comes from an impartial source it’s fantastic! In the wake of Stoptober 2017’s success, a number of MPs are calling for the government to launch a year round vaping campaign.

The APPG (All Party Parliamentary Group) included the following in their statement:

“In its report “The State of the Vaping Nation” the All Party Parliamentary Group (APPG) on E-Cigarettes has called upon the government and public health bodies to sustain and capitalise on the level of public engagement with vaping seen during Stoptober by launching a continuous programme to keep promoting and accurately communicating the positive public health evidence for vaping.”

We were delighted to see the UK government seemingly warm to vaping throughout the course of the year and we hope this is a trend that continues into 2018 and beyond. What are your vaping news highlights of the year? Remember to share your thoughts over on Facebook or Twitter, or get in touch with our team of vaping experts if you have any queries about vaping or our devices.