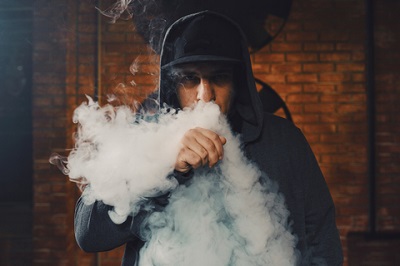 After years as a niche segment within vaping, sub-ohm is starting to get a much bigger spotlight. One could even say that it has officially made the move into the mainstream of vaping, and that is an idea that could shake up the industry. Yet, many people don’t really know what sub-ohm vaping is or how to get started. Whether you are new to vaping or have some experience, there seems to be a knowledge gap when it comes to this topic. Here we hope to clarify that for you, by giving you the basics on how to get started with sub-ohm vaping.

Sub-ohm vaping is when that ohm reading falls to under 1. If you’re vaping at under 1 ohm for your resistance level, you are officially sub-ohm vaping. That’s it! Pretty simple, right? The next question you may be asking yourself is why this matters and why people who vape are increasingly looking at options for sub-ohm vaping.

Why Go the Sub-Ohm Route?

In one word, we would say vapour. More vapour, that is. For people looking for a greater amount of vapour generation from their device, there are a few ways to go about it. One way is to increase the amount of power to your device, and for that you should try to understand what volts and watts mean for vapour.

The other way to increase your vapour output is by increasing the airflow in your device in tandem with a low resistance coil. Using that sub-ohm coil with more air means you can begin vaping at a lower level of heat and not burn out your coil, all while delivering higher levels of vapour.

How to Get Started

If you’re interested in sub-ohm vaping, you’re in luck. These days it really isn’t very difficult to get started. It used to be that you needed to build your own sub-ohm atomiser, and in that case, you would need a thicker coil to create a reading of under 1 ohm. It also meant that you needed to understand ohm’s law and do quite a bit of calculating to make sure you weren’t burning up your coil, or worse. Accidents with sub-ohm vaping were always a concern.

Now, sub-ohm vaping is much more in the mainstream, and so companies have followed suit by offering products to meet that demand. Using a vapour device that has built-in safety features is a good way to start. You can pick up a premium vaping kit that can perform with sub-ohm atomisers, such as the V2 Trinity Vaporiser Kit, and start sub-ohm vaping right away.

Yes, there can be some downsides to sub-ohm vaping. For one, you’ll run through your e-liquid at a much quicker pace. You’ll also drain your vapour device’s battery a lot faster. This is simply the result of pushing more into the device so you can get that larger amount of vapour.

As we mentioned earlier, sub-ohm vaping can have a stigma of being dangerous. This has a lot more to do with people who were building their own coils or mods (a category of vapour devices) and simply didn’t do their research. If you’re building atomisers from the ground up, you’ll need to really understand your equipment and its limits before vaping.

For the most part though, the danger scare surrounding sub-ohm vaping is misplaced. Again, if you pick up a premium quality vaping kit that can also handle sub-ohm vaping, you’ll be fine. Simply use the device as intended, and you’ll get out of it what you are looking for. If you’re looking for large clouds of vapour, then giving sub-ohm vaping a try may be for you. As the sub-ohm segment of vaping has become ever more popular among mainstream vaping fans, it makes sense to consider it. You certainly wouldn’t be alone in making the shift to sub-ohm vaping, and you may end up happier because of it.