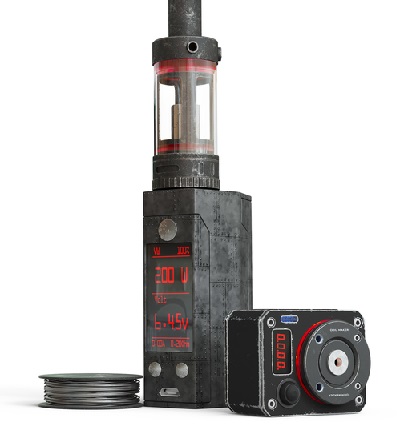 If you hang out around enough vaping enthusiasts these days, chances are you’re going to hear about volts and watts. You’ll probably also hear about ohms and variable voltage and/or variable wattage vaping devices. For the new or intermediate user, these terms can be more than a little confusing. In fact, for most of those who are looking to make the switch to vapour, these terms are too far advanced anyway. They ought to be looking at premium vape kits that will get them going toward that goal right away.

Still, if you’re into vaping for an extended period of time, you’ll want to know what all of this talk is about. In short, we’re talking about vaping power. These are the elements that will dictate and regulate how much power your vaping device will receive, and the consequences of these choices are huge. So, let’s take a look at these terms and what they mean to your vaping experience.

Ohm is a way to measure resistance and it is a frequent and critical element in more advanced vaping systems. What happens in any vaping device, is that electricity will flow through an atomizer so that it can heat up e-liquid and produce wonderful vapour. If there is less resistance, there will be more electricity and that will result in more heat, which means more vapour and usually more flavour. If your atomizer is measured at a higher ohm, you’ll get less vapour.

Volts are basically a measure of how much energy potential there is from one point to another. For vaping purposes, higher volts give you the ability you to increase the power (watts) used in your vaping. When combined with a lower ohm atomizer, you’ll be able to create huge clouds of vapour, if that is your goal.

Watts are the actual power being used by a device. Think of it as the end goal for your vaping device. If you have enough voltage, you can increase the watts being produced. This generally goes hand in hand with volts, since you need higher voltage (energy potential) to create more watts in your device.

The more you get into refining your vaping experience, the more you may want to play around with these different elements. One way to do so is with devices that offer variable voltage or variable wattage options. A variable voltage vaping device allows you to change the voltage and thus modify the amount of power that is going through it. This is a feature you can find in the more advanced V2 Pro Series 7 vaporizer that has been so well-received in the vaping community for all that it can do.

A variable wattage device works from the opposite end. It allows you to control the wattage being produced by your device, which results in a similar effect in terms of vapour production.

Yes! Well, sort of. Those are the basics. We didn’t call this a short guide to vaping power for nothing. As with any topic so broad, there is always another level of understanding that you can reach. There are theories as to what works best in any particular vaping setup. There are mechanical mods that allow you to go beyond what is available with most mass-produced vaping systems, but they also add an element of (safety) risk.

So, of course, there is more to know. What’s important here is that you understand the basic underpinnings that make up your vaping device. Even in the most basic system, there are ohms, volts, and watts at play. For the far majority of those transitioning to vaping, it’s enough to know that in the end you get the performance you want out of your device.

You can ensure that by purchasing any of the premium products V2 Cigs offers. Whether it’s a more basic kit that feels very familiar to how you were getting your nicotine before, or something that allows you more control with variable voltage, there is something for everyone.