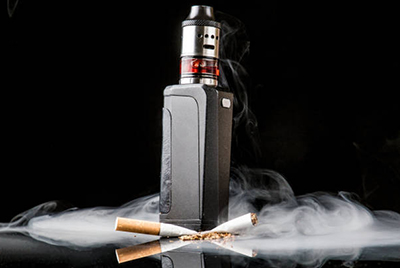 Commissioned to cover the changing shape of cigarette use in the UK, Public Health England’s (PHE) 2020 report aims to better understand the role vapes, e-cigarettes, and ‘nicotine delivery devices’ can play when it comes to staying smoke free.

Now, what exactly does the new report say, and what does it highlight when it comes to cessation? We look at this report in-depth and also how e-cigarettes can help this issue.

What Led to the PHE Report?

The document was commissioned in direct response to the UK Government’s previous Tobacco Control Plan for England. This aimed to create a ‘smoke-free generation’ and reduce the number of adults smoking from 15% to 12% by 2022. In order to get the context they required, the government asks PHE to provide annual reports – each of which building on the last and allowing ministers and officials access to up-to-date information.

This led PHE to commission this year’s iteration from researchers at King's College London, releasing the document on the 4th of March. Now in its sixth delivery cycle, the new documents directly address gaps and criticism levied at previous work and public attitudes – focusing on the practical use of smoking and vaping products by different segments of the community throughout the UK.

How is the PHE Report Put Together?

The 2020 report is a combination of empirical and qualitative research made up from interviews, surveys, and statistical analysis.

The information present was gathered across November 2018 to October 2019 from six nationally segmented surveys that targeted the characteristics and prevalence of modern smoking. This included two reviews of academic literature and research published over period, alongside the use of NHS data from their Stop Smoking services. This also included finding from the government’s invaluable Yellow Card scheme that helps practitioners safely raise concerns about medical treatment.

While the document wasn’t a long term survey, the work is recognised as compelling, authoritative, and objective look into the current state of play within the sector and sets out some key issues that need to be tackled in the years ahead.

What Does the PHE Report Say?

Right off the bat, the report states the issue that British health providers are facing, namely that, “Despite reductions in smoking prevalence, smoking remains the biggest single cause of preventable death and disease and a leading cause of health inequalities.” Directly addressing these concerns is treated as the highest possible priority throughout the report – looking at the use of tobacco products throughout different vulnerable communities.

For PHE, focus is placed on the pragmatic reduction of harm. This is encouraged through the use of ‘nicotine delivery devices’ that could help users actively tackle their habit while attempting to reduce the incidences of long term lung damage.

Throughout, the document highlights that the number of smoking adults has been in decline over the late ten years, reaching 15% in 2019. As Anne McNeil, Professor of Tobacco at KCL states “vaping has not undermined declines in adult smoking”, giving it a potential role to play in helping heavy or habitual users quit. This is further confirmed when the researchers consulted information from cessation services in England and discovered “when a vaping product is used in a quit attempt, either alone or with licensed medication, success rates are comparable to, if not higher than, licensed medication alone.”

However, this was thrown into stark relief when the researchers found that the percentage of individuals who believed vaping to be less harmful than vaping fell from 45% in 2014 to 34% in 2019, with smokers who did not vape commonly holding this belief.

PHE repeatedly hammers home the positive correlation that could be enjoyed if public messaging could break through the, what PHE believes to be, false belief that vaping is less harmful than cigarettes. Along with this, devices could be actively used to help tackle the genuine health threat posed by cigarettes.

What is the Emphasis on ‘False Fears’?

When the report was first made available, PHE highlighted cessation as a priority in their accompanying press release, that:

This knowledge gap, or ‘false fear’, as the team describes it, is identified as one of the key issues that must be tackled in future policy.

This led to the delivery of the bluntest piece of guidance in the report, that “PHE’s advice remains that smokers should switch to e-cigarettes to help them quit smoking.” The report goes on to highlight how vaping in the US and the outbreak of EVALI played a major role in influencing public opinion. The researches underline how the outbreak “seems to have been caused by people vaping the cannabis derivative tetrahydrocannabinol (THC) oil and vitamin E acetate,” pointing the finger at regulatory differences between the UK and US; with acetate and THC derivatives banned throughout the country.

What are the Main Takeaways from PHE’s Report?

Tackling the misinformation about vaping products was judged as a priority, as “increasingly incorrect perceptions among the public about the harms of vaping could prevent some smokers using vaping products to quit smoking.” While a dedicated report into e-cigarettes is forthcoming, the body has commissioned a full review of the products that will be provided to the public in 2022.

In the interim they have recommended four key areas for authorities to improve on to help eliminate and address the risk and apprehension surrounding vaping products. These include:

Proportionate Risk: Vaping was judged to have a “small fraction of the risks of smoking” but that there are no guarantees that it is fully safe. It was advised that the public are informed about the relative dangers posed by tobacco use and the unknowns around vapes. With tobacco killing up to half of its users and being responsible for 8 million deaths per year, vaping is thought of by many as a preferable alternative.

Mixed Approach: Those looking to quit were advised to vary their approach by using regulated nicotine infused vaping products alongside cessation medications and/or additional support. This was judged to help provide a more rounded solution and act as a significant force multiplier – leading to a long-term solution that sticks.

Outright Prevention: If an individual has never smoked they should be actively encouraged to never try it, including the use of nicotine vaping products. While vaping products and e-cigarettes are potential quitting aids, the best option is never trying tobacco or nicotine infused e-liquids in the first place.

Active Cessation: When it comes to quitting, smokers should be steered away from tobacco products and have a concrete series of goals. This can be as simple as quitting by a set date or including a detailed, point-by-point plan to ‘cut back’. Quitting without a target can leave users much less likely to finish or commit to their new smoke-free life.

How Can Vaping Help Smokers Quit?

While vaping alone cannot magically stop your cravings, it’s easy to see the potential role that e-cigarettes and other devices can play in helping users control their quitting experience. Some key additional recommendations include:

Doing it With Help: Thankfully there are a number of services available to help people understand how smoking affects their body and the best ways to seek help. This can be found through the extensive range of NHS support programs and through charities such as QUIT. We also support the VApril challenge that makes a concerted push to help support users struggling to transition from physical tobacco to less harmful vaping.

Controlling Your Nicotine: While there is no way to regulate your nicotine intake with conventional cigarettes, e-cigarette users are able to buy e-liquids at a strength of your choice. This can help users manage cravings and move away from tobacco products with the minimum of a disruption.

Choosing the Right Device: Settling on the right vape can help make your quitting straightforward and potentially more effective. If you struggle with responsibilities of filling a tank or managing your device settings, an all-in-one pod vape can help take the stress and a lot of the daily management out of the experience.

If you want to learn more about the options that are available to vapes looking to quit, our team is here to help. With a range of products to suit every sort of quitter, we have a selection of entry level devices to try. If you have specific questions or queries, please do not hesitate to contact our team directly and let us know exactly what you need.