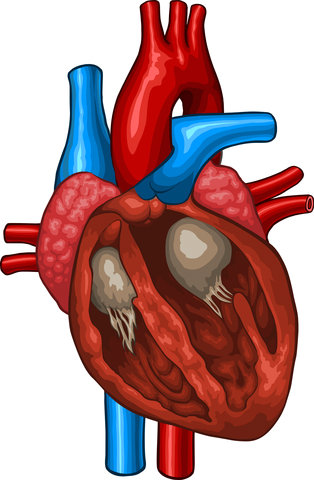 A recently published study is presenting some new research to confirm that e-cigarette vapour is safer than regular cigarette smoke in a whole new way. The latest research was distributed in the journal,  Drug and Alcohol Dependence and showed some interesting facts relating to how the body biologically responds to e-cigarette vapour, with special attention to heart health.

The researchers’ data shows that, while regular cigarette smoke has a significant effect on the cardiovascular functions of the heart, the preliminary studies of e-cigarette vapor appears to show little to no effect on a user’s immediate heart health. The researchers, began their study knowing that e-cigarettes were safer than regular cigarette smoke, but they just didn’t know by how much. As a result, they set out to attempt to quantify e-cig’s relative harm. In response to the lack of quantifiable knowledge, the researchers studied the biological response to the e-cigarette aerosol and cigarette smoke at the cellular level. To accomplish this, they exposed human coronary artery endothelial cells to extracts of both e-cigarette vapor and cigarette smoke. They focused on any expression from the cells that would be consistent with a stress response in the heart.

This is encouraging news for vapers, who have replaced the cigarettes in their lives with vaping. The study conclusion states: “The use of e-cigarettes as a substitute for conventional cigarettes is likely to reduce immediate tobacco-related harm, at least with respect to cardiovascular harms.”

These results are promising, but the authors of the study are clear that much more research needs to be done in order to properly assess what the biological effects are of e-cigarette vapor. The researchers explain the need for more robust and inclusive laboratory models that can truly measure the effect, especially in comparison to regular combustible tobacco.

The laboratory model is a big issue, as there have been several studies that have come under fire for creating conditions in the laboratory that simply do not mimic actual vaping. One of the more notable examples is the continuing news headline that e-cigarette contains formaldehyde, something that upon further inspection was determined to only be a risk when the e-liquid was heated to a nearly un-vapable level. The variables of battery strength, vaping temperature, and e-liquid composition create a much larger framework for research than most studies have ever had in place.

In addition, the authors also point out the importance of studying the aerosol itself, rather than the composition of the e-liquid, pointing out that if levels in the e-liquid are considered to be at a “toxic” level, the vapor may not be.

The exciting thing about the result of this study is that is one of the few that truly measure a biological response, rather than just looking at what constituents exist in the vapor. Marcus Munafò, is one of the authors of the study and be believes that, "research into these biological effects is critical.” The biological response gives us a far deeper look into what e-cigarette vapor can really do to the human body, rather than just guessing.

The results of this study are, of course, just preliminary but understanding the effects of e-cigarette aerosol, especially in relation to cardiovascular health, is a big step in the right direction for e-cigarette research. Addressing the laboratory model issues will also encourage future studies to better create realistic laboratory examples, and learn to include more variation to cover the full gamut of the e-cigarette industry.

Amber Whaley is a contributor at info-electronic-cigarette.com