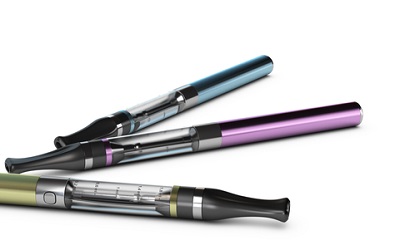 A new year means a fresh start for a lot of us. It also means we can fully embrace the newness of this year. We can leave behind our dreams for 2016, some of which were realized but many others were not, for the hope of 2017. Yes, hope springs eternal when the calendar turns to January and this year will not be any different.

Being a part of the vapour industry has allowed us to do so much and it has come so far in such a short time. Yet, we know there are so many more ambitions that we as an industry have for ourselves as well as our customers. Whilst the list can be quite long, we’ve narrowed it down to our top 3 wishes for UK vaping this year. Here’s what we came up with:

This is a big one and we sincerely hope that vapour device makers everywhere heed this call. If not from us, from consumers everywhere. If you are making an electronic cigarette or vapour device of any kind, you absolutely need to have higher standards. Even as so many vaping fans have embraced premium V2 vapour products, there are still those who are purchasing what we would call the ‘cheap stuff.’ The problem with these cheap products is that, besides not giving users the quality experience they deserve, they also oftentimes malfunction. In short, we’ve had enough of electronic cigarettes from cheap manufacturers exploding, like what happened in California recently.

Our second wish is two-fold. The first part is related to the above wish. We hope this is the year that more people understand the difference between run of the mill products that aren’t very good (and sometimes even dangerous), and premium products. This understanding will inevitably lead to more success among those who vape. The second part is a better understanding by the public at large about vaping. For those who are still weary of it, this is the year they should gain the understanding of vapour to appreciate all that it is and how it is helping millions of people.

3. Even More Backing from Academics and Politicians

Our third and last wish is to have even more backing from those who can help lead this revolution of vapour. Here we can’t be too critical about 2016, as we know there was progress made on this front. The high point being when Public Health England came out and cemented their opinion that e cigarettes are much less harmful than smoking. We also can’t forget the support vaping has received in the past from politicians such as David Cameron, although we wonder when more will get behind the cause. Our wish is that this year we’ll get more backing from institutions and public figures that can really make a difference in how people see vaping, and in turn how many more people will be helped by it.

This is but a small list for us, and 2017 holds much greater hope and potential for vapour. Still, it’s a good start. Vapour products have made such a difference in so many lives and we have seen this first hand. If only more people would be exposed to it and understand the power of vapour, we would be that much closer to having a world without the dangers we have become accustomed to for decades. Here’s to a new year that fulfills its potential and takes us all to a place we want to be. Once again, Happy New Year to all vaping fans and future ones!