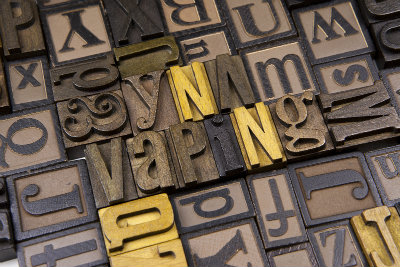 Now we’re well into the last half of the year (we know, we know…we can barely believe it either) we thought it would be a great time to look at some of the biggest vaping trends that have popped up over the last eight months.

1. Battery Life Gets a Boost

With vaping devices becoming more and more sophisticated, battery life is becoming a really important factor in users’purchasing decisions. After all, what’s the point in having a vaping pen that does everything under the sun if it runs out of battery after an hour?

We’ve taken this trend on board with our ultimate PRO Series 7 Vaporizer , which features an extended battery life so you can enjoy everything it has to offer for even longer.

We’ve always been outspoken about the need for transparency in vaping, particularly when it comes to e-liquid ingredients. With some brands coming under fire for including nasty ingredients in their juice, it’s more important than ever to be up front about exactly what your e-liquids are made up of.

When vaping first came to the forefront it was all about how much vapour a device could produce or how closely a design could replicate a cigarette but the quality of e-liquid has been steadily growing in importance. There are tens of thousands of e-liquids out there but in 2016, consumers started to forgo trying wild flavour combinations in favour of premium juices that offer the highest quality taste and ingredients.

4. The Rise of Education and Activism

Lack of education has always been vaping’s primary enemy and this year we’ve seen even more outdated and unsubstantiated headlines than ever before. However, the vaping community hit back to correct this misinformation and help to educate those around them about the positive impact vaping can have. Add to this the numerous political campaigns about vaping (the most noteworthy being the House of Lords debate campaign) and 2016 has certainly been the year of vaping activism.

While vaping has always intrigued the media, it’s never been featured the way it has over the last few months. With Leo vaping at the Golden Globes, to the world’s first vaping documentaries being released (A Billion Lives and Vapewave, among others) and even a dedicated BBC special, vaping has hit the headlines like never before.

So what do you think about 2016’s vaping trends? And which trends do you hope come to the forefront over the next few months? Don’t forget to let us know your thoughts on our Facebook page or tweet us @v2cigsuk.