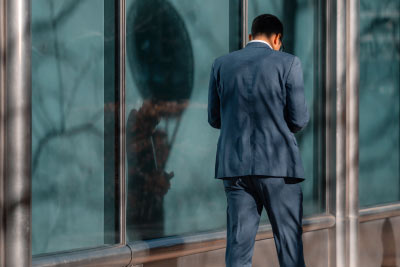 Ever been caught doing something, you’re not supposed to be doing? Tobacco Control data suggests the majority of us have done it at some point while we’ve been vaping – but what exactly is stealth and zero vaping and what can be done to address it? Let’s find out...

Is Stealth Vaping a Problem?

Stealth vaping is when youvspe your e-cigarettes discreetly, in the attempt to avoid detection of others, usually in a space where you’re maybe not supposed to be vaping in the first place.

With a stealthy sleight of hand, along with the use of low powered ‘cigalikes’ and vaporizers, stealth vaping should ultimately produce a barely visible vapour, providing the nicotine hit in a public place without the public ‘tut’ of disapproval.

While vapour from e cigs has a faint aroma, compared to the distinct and noxious smoke that is released from cigarettes, vapers are able to use short, sharp pulls on low powered devices without the obvious signs that smoking cigarettes display.

A temptation too often too easy to succumb to, stealth vaping is almost a sub-cultural art with many seeking to get their vaping fix whenever they can in this most discreet way they can.

What is Zero vaping?

Zero vaping is similar to stealth vaping, except vapers will typically hold the vapour inside so that no, nada, zero vapour is released. Again, zero vaping is typically achieved with lower powered devices like Starter e cigs. The vaper will take a couple of quick, short puffs while holding their breath as the vapour disperses inside of the body, leaving passers-by left completely unaware.

Where You Can & Can't Vape

The ‘where’ you can and cannot vape is a contentious subject that provides much debate. As a vaper, you know that vaping isn’t smoking. But for many, the idea of vaping’s association with nicotine and the subsequent health implications that they believe they may be subject to, is confusingly similar to the combustible cigarettes that we’ve learned to be so fatal to our health.

While the long term effects of vaping have yet to be discovered, Public Health England pronounced e-cigs to be up to 95% less harmful than tobacco products and that vaping even has the potential to help smokers become smoke-free.

A lack of dedicated vaping spaces can be considered a key contributing factor as to why so many of us may choose to stealth vape in the first place. It is typically down to the operator of the space in question as to whether you can vape or not, but places, where you can expect a telling off if you brazenly pull out your vape pen and vape away, are usually hospitals, schools, shopping centres, public transport, and planes.

As more education is provided to the population about the benefits of e cigs for smokers, The All Party Parliamentary Group for Vaping (APPGV) are currently leading the line for employers to re-consider vaping policies within the workplace. With broader visibility distinguishing the difference between vaping and smoking, maybe we’ll be able to put an end to feeling ashamed of vaping and being so stealthy.