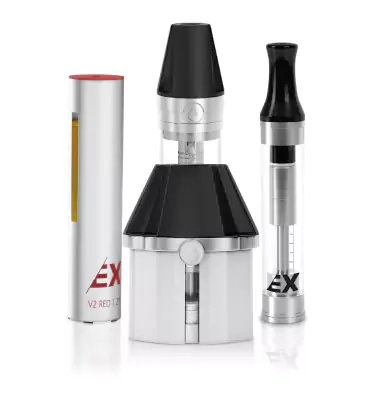 We’ve come a long way with vapour technology. That much is clear. Just take a look around at all of the different types of vapour devices that are out there. It’s proof as to how wide and diverse this industry has grown, and it’s gotten there because consumers are interested in all of it. They love options, and certainly they’re getting that from many different vapour brands.

But as you take a look around, you may notice that the vapour market is different than it was when it first began years ago. You’ll see that there are a lot more vapour tanks or similar systems on the market. When vaping first started to reach the western world, it was almost exclusively in 2-piece, or “cigalike” form. These would be the type that received the label “electronic cigarette” and were frequently the most popular way to vape.

They still are, as a whole, very popular. Our own line of starter kits offer just that, an easy system with a battery and a throw away cartridge that you can simply replace when done. We have a lot of very happy customers that are enthusiastic about making the switch directly to a cigalike type vapour device, and are particularly happy with the quality V2 cartridges provide.

While that may be the case, there does seem to be a shift to vapour tank systems. More people are interested in them, and many will tell you that if you are looking for the best vapour device, you need to look at vapour tanks. These would be the type of vapour systems that allow you to refill a tank, which is larger than a cartridge. They’re the same basic idea as our Pro Series, at least in that sense. With our Pro Series being so popular on its own right, we get a lot of questions from customers asking if vapour tanks are the only way to go.

It makes sense that that so many people are being drawn toward tank systems. They have their own set of advantages. First, as mentioned above, they do provide a bigger tank for e-liquid, whether that is an actual tank or an oversized cartridge that doesn’t include an atomiser. For the sake of this discussion, we can equate the Pro Series to a tank system as the cartridge that holds e-liquid is for that only and does not include a heating element (atomiser).

Being able to store more e-liquid means you don’t have to stop as often and refill your tank. That translates into not having to carry bottles of e-liquid, compared to a cigalike where you definitely want to walk around with extra cartridges. Of course there is a drawback here in that you have to do all of the filling and re-filling yourself. With a cigalike, you can simply buy pre-filled flavour cartridges and not have to deal with any fuss.

That’s really where the cigalike trumps a tank system. The ease of use is unmatched and simply makes it easier to transition over as you make the switch to vapour. Cigalikes also look so much like cigarettes, which is where the term “cigalike” comes from. This was especially important when vapour first came to the market, as nobody knew what vapour was all about and so having something that looks like a cigarette meant less attention and questions about your device.

However, tank systems generally do have better performance. Since they’re bigger, you’ll get better battery life than from a cigalike. You’ll also have more power, meaning you can create thicker and often bigger clouds of vapour. Due to the fact that society is now quite used to vapour, many people feel freer to simply go straight for a tank system and don’t care about it looking more like a cigarette. The idea is to get the best performance.

Yet, at the end of the day, cigalikes still play an important role in vapour. They do look more like what people are used to, and that makes a difference when you are first making a switch. They’re lighter and easier to carry around, and they don’t require dealing with e-liquid at all. It’s true that more and more people are reaching straight for a tank system, but there is no one size fits all here. Cigalikes still play an important role for new and even veteran vaping fans, and that isn’t likely to change soon.