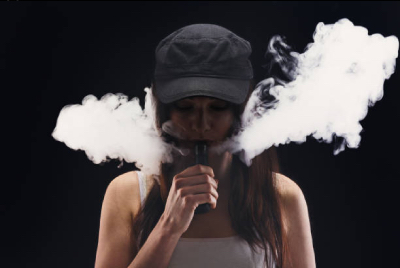 Public Health England recently released a report highlighting the price that smokers pay for the ‘false fears’ that surround vaping.

This points towards a growing disconnect between the public’s personal beliefs and the factual evidence around vaping that authorities have provided.

What exactly have credible, official bodies reported about vaping and why is it so important to bridge this knowledge gap when it comes to smoking cessation?

What is This Vaping Awareness Gap?

Independently researched by King’s College London, this year’s PHE report detailed a need to educate the public about the role vaping could play in helping individuals quit smoking. As the document states:

“Despite reductions in smoking prevalence, smoking remains the biggest single cause of preventable death and disease and a leading cause of health inequalities. So, alternative nicotine delivery devices that are less harmful could play a crucial role in reducing this health burden.”

These ‘alternative devices’ include vapes and e-cigarettes, with nicotine infused e-liquids and salts potentially allowing users to better control their habit. The use of these products was judged to carry the potential to help users cut down, better control their habit, or make quitting easier with the provision of correct care. With smoking killing 120,000 people per year in the UK – over 13 people an hour – clarifying the facts about the harm they present and the usefulness of vaping is vital.

What’s Caused This Lack of Understanding?

Unfortunately, many individuals who may benefit from switching to vaping devices are wary of the risks they represent. And in their minds, they have good reason. 2019 saw EVALI cut a swathe through the US as a direct result of regulatory differences, the popularity of THC vapes, and the presence of vitamin C acetate in black market and bootleg products.

This led to increased perceptions of harm from members of the public, with non-vaping smokers particularly swayed by recent events. The percentage of the public who thought vaping was less harmful than cigarettes dropped from 45% in 2014 to 34% by 2019.

As the PHE document explicitly states, “Increasingly incorrect perceptions among the public about the harms of vaping could prevent some smokers using vaping products to quit smoking”. With nicotine-infused vaping products tightly policed by the Medicines and Healthcare Products Regulatory Agency (MHRA), the issue is highly unlikely to unfold in a similar way.

While maintaining a healthy degree of care and scepticism is essential when using any vaping products, it is becoming increasingly clear that vaping carries the potential to be a viable alternative to the compound risks presented by tobacco.

With such a pressing risk posed by smoking, it is important to take a renewed look at the role vaping can play when it comes to quitting. This is especially prevalent when considering the evidence linking income, class, inequality, and smoking with mortality rates among ‘disadvantaged’ groups being up to three times higher than those with access to care or cessation services.

What Have Professionals Said About Vaping vs. Smoking?

When it comes to smoking, authorities and bodies throughout the world have labelled it a public health hazard and one of the most pressing threats to global health. As quitting and harm reduction is a priority for countries throughout the world a number of leading bodies have highlighted the value in using vapes and e-cigarette devices to help cessation. Some of these include:

NHS: While the NHS rules that vapes “aren’t completely risk free”, the health service does find that quitting with the help of an e-cigarette is effective when it is combined with additional professional support. They make a reference to how ‘tightly regulated’ devices are and reinforce recent evidence provided by the Royal College of Physicians that they are “at least 95% less harmful” than regular tobacco. They also offer a range of cessation services that you can review in full to help provide additional guidance to support your quitting.

Action on Smoking and Health: A long standing public health charity, ASH have invested significant time and resources into reviewing quitting methods. A report was delivered in December 2018 covering the benefits and risks of using vaping devices to quit. This found that “using e-cigarettes is considerably less harmful than smoking tobacco cigarettes” due to a lack of carcinogens produced during combustion. They also noted a significantly reduced risk of second-hand smoke, and that fires or accidents were rare when compared to traditional smoking materials.

PHE Smoke Free Initiation - UK Govt.: While acknowledging that there is no ‘one-size-fits-all’ approach to quitting, the PHE states quite bluntly that “helping smokers quit saves both lives and money” with related treatments costing the NHS an estimated £2.6bn per annum . This led to a decision to give each organisation leeway to set their own policy, along with an emphasis on the need to find balance. It recommended that hospitals should support all quitting efforts and allow the purchase of electronic cigarettes from hospital shops. The impact of these actions are still being analysed but a 2018 report found that – while caution was needed – “the evidence suggests that e-cigarettes have contributed to tens of thousands of additional quitters in England.” This clearly represents an institutional sea change across the UK.

British Heart Foundation: The BHF have continuously been forthright about the link between vascular health and the use of tobacco products. While the BHF “would not advise non-smokers to start vaping”, the charity commissioned the University of Dundee to conduct research that found that vaping may be less harmful to capillaries and blood vessels that conventional smoking. While the study was comparatively small, this dovetailed with the opinion of other medical professionals such as Dr. Martin Dockrell of PHE who stated “We know that e-cigarettes are probably not completely safe, but that’s not the issue. The question is, are e-cigarettes safer than the alternative?... It's really important that smokers understand how much safer e-cigarettes are, compared to smoking”, highlighting the potential role that e-cigarettes and vaping devices can play in supporting quitting actions.

What Recommendations Have There Been?

Throughout the majority of the official releases around vaping, the message is that while there are still unknown risks involved with vaping - and that no product is absolutely safe; these are generally preferable to the known harms caused by smoking.

This suggests that vaping is a fantastic ‘off ramp’ that can make quitting much easier, and more likely to ‘stick’, for certain users than it did in the past. However, e-cigarettes, vaping devices and e-liquids are by no means a foolproof solution. This makes it important to take active steps to support any quitting actions you undertake. These include, but are not limited to:

Buying Reputable Products: One of the major causes behind EVALI was due to tampering from bootleg vendors. Be sure to only purchase your items from reputable, verified vendors, and check the seal on each e-liquid cartridge. Failing to police your products or picking cheaper alternatives will only introduce risk and defeat the purpose of your quitting.

Having a Plan: If you are using your vaping device to quit it is essential to set a concrete achievable goal that you can work toward. This can give you a sense of incremental accomplishment and help prevent ‘backsliding’ to tobacco products because of discouragement.

Choosing a Device That Works for You: Many quitters will attempt to recreate their tobacco experience as closely as possible to prevent the ‘speed bump’ of switching to a physical device. This means searching out options that replicate the experience of smoking a cigarette, are easy to maintain, or offer value for money to help keep your initial outlay to a minimum. Similarly, purchasing an all-in-one vape kit means you're buying exactly what you need with no worries.

Remembering Your Nicotine Levels: There are a wide range of nicotine infused e-liquids that come in different strengths. These let you match your current intake levels and allow you to slowly move to lower concentrations before switching to nicotine-free e-liquids.

Being Kind: Quitting is an arduous and demanding process that is extremely difficult for even the most disciplined among us. Remember to be generous to yourself if you do fall off the wagon and approach your next attempt with positivity and strength - we’re all rooting for you.

If you want to stay up to date with the latest news about vaping products or newly published research, you can stay updated through our newsletter. If you have any other questions or needs when it comes to your daily use, please do not hesitate to get in touch and let our team know what you need when it comes to finding the right device to help support your #StopSmoking journey.