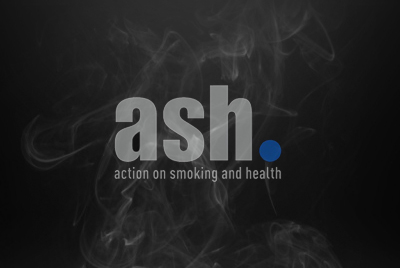 Has vaping helped you quit smoking? Want to find out what your local government is doing to encourage a smoke-free community and help more smokers quit smoking?

Looking into local tobacco control and stop-smoking services throughout England, ASH and Cancer Research UK (CRUK) have recently published their sixth annual report detailing their findings. From budget cuts to recommendations made by ASH and CRUK - let's take a look at the talking points from the report and what it means for vapers and vaping.

What is the Tobacco Control Report? What Does it Say?

Tobacco control refers to reducing the number of smokers via. a specific plan of action. Written by ASH, the annual report commissioned by Cancer Research UK provides a vital snapshot detailing how regions across England are working towards the Government's ambition to be smoke-free by 2030. The report is the evidence compiled through an online survey that local authorities were invited to take part in. With responses received from 127 of 151 local authorities, the results certainly do make some interesting reading.

While the number of smokers in England continues to decline and the number of vapers increases, the continued cuts made to local authorities stop smoking services budgets certainly seem at odds with Government’s ambition for a smoke-free society by 2030.

Worryingly, the report also shows a significant inequity between local authorities providing stop smoking services. In some parts of the country, services have been stripped and wholly decommissioned. In contrast, elsewhere local authorities have maintained, and in some cases, even developed their offering to include the provision of e-cigarette starter kits.

How Stop Smoking Services Can Improve

While the report serves as a snapshot and reference point for how tobacco control is being utilised across the country from one year to the next, the data also presents an assessment of how we can improve tobacco control and stay on course for a smoke-free society in 2030.

Some of the report's recommendations include:

How Does the Report Affect Vaping?

If the recommendations made by ASH and CRUK are subsequently implemented by local authorities and Government, then the provision of e-cigarettes for smokers looking to quit could be a welcome addition to stop-smoking services throughout the UK. If local authorities were to work more closely with NHS services, then the sight of e-cigarettes in pharmacies and hospitals might be a regular one.

E-cigarettes have helped millions of smokers quit smoking and should more local authorities adopt e-cigarettes as a viable tool to aid smokers in their quest to become smoke-free, then a smoke-free society by the year 2030 could be a genuine possibility.

Recent research led by Queen Mary University London found that e-cigarettes could be up to twice as effective as other smoking cessation tools such as nicotine patches and gums. With Public Health England reporting that e-cigarettes are up to 95% less harmful than smoking cigarettes and that vaping has the potential to help smokers quit - if you know someone who smokes or are looking to make the 'big quit' yourself, then vaping could be the best way to help achieve the dream of being smoke-free.

For an affordable and easy way to get started with vaping, purchasing a beginners vaping kit will be your first port of call. Sample a range of flavoured e-liquids to use with your e-cigarette, before settling on a favourite and striving forward and into your very own smoke-free future.